Kia recently has released their upcoming concept car picture that will get into production line soon. Codenamed KND-5 concept car , it is slightly same with the Amanti especially with the dimension of the car. Complete with stylish LED head and tail lamp just like Audi cars, the lambda engine powered car surely gonna hit car market due to its elegant and sporty design. In Malaysia, the only one futuristic design car that has been released is from BMW which is the most fantastic design of BMW X6.

First official images of the near-luxury sedan concept car, code-named KND-5, which debuts at the Seoul Motor Show 2009 which has opened to the press on 2 April.

The KND-5 features a dynamic appearance that reflects the style of the near-luxury sedan VG (code name) which is scheduled to debut in Korea in late 2009. The front of the car adopts LED headlamps and Kia’s family-look radiator grille which is based on a symbolic representation of a tiger’s roaring countenance.

The official information on Kia’s latest concept car are slim, but we have learned that this beautiful near-luxury sedan rides on 20-inch tires and that it’s headlamps and tail-lamps are featuring latest LED technology. In addition, LED technology has also been applied to the outside door mirrors, while the sporty slopping roof benefits from this huge panoramic glass roof. 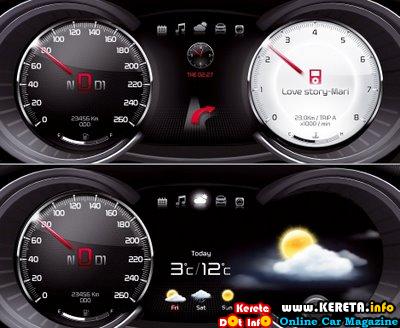 The Kia KND-5 concept is roughly the same size as the current Kia Amanti, measuring 4945mm long, 1850mm wide and 1475mm high. The concept car is built on a newly developed front-wheel-drive platform with a wheelbase of 2845mm.

The 20-inch large-diameter alloy wheels enhance the aggressive character of the muscular profile.

The door handles have the same color of the body.

The panorama sunroof extends seamlessly from the front windshield to contribute to its open and sleek facade.

The concept car is outfitted with a 3.5L V6 Lambda engine.

The KND-5 measures 4,945mm long, 1,850mm wide and 1,475mm high with a wheelbase of 2,845mm, meaning that it is roughly the same size as the firm’s Amanti sedan which is known in many markets as the Opirus. Power is provided by Hyundai group’s 3.5-liter V6 Lambda gasoline engine that produces, depending on the model, between 275 and 310HP. 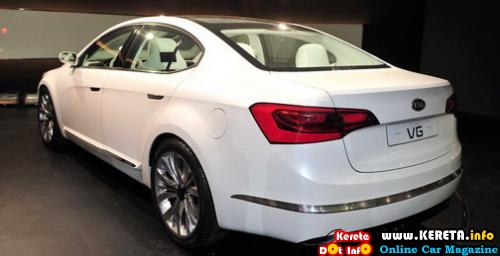