It is not important whether it is a Japanese brand or not, the main point is every cars have its own problem. After Toyota and Honda recall last year, it is the time for Mazda to recall its 2 model that have power steering problems that failed and converted to fail safe mode that may lead to safety issue. Read further news from Thestar below. 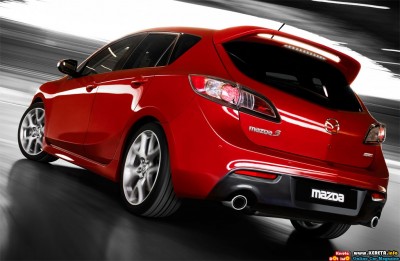 Mazda Motor Corp is recalling more than 300,000 Mazda3 and Mazda5 vehicles in North America to repair problems with the power-steering system that could lead to crashes, a problem the automaker dealt with in Japan a year ago.

The Japanese automaker told the government the recall involved model year 2007-2009 Mazda3 and Mazda5 vehicles built from April 2007 through November 2008.

The recall involves 215,000 vehicles in the United States and an additional 100,000 vehicles in Canada and Mexico.
The Mazda5 is among two models that are being recalled in North America.

Mazda said the vehicles could have a sudden loss of power-steering assist, making it difficult for the driver to steer the vehicle and increase the risk of a crash.

The company said it has not received any reports of crashes or injuries that resulted from the problem.

Mazda started fixing vehicles in Japan for the same problem last year and has investigated the issue for two years.

In a letter to NHTSA last week, Mazda said it was first informed of similar steering problems in Japan in March 2008.

After receiving additional reports, the company began its own probe in July 2008.

By the summer of 2009, Mazda said it found that the problem was caused by rust forming inside the high-pressure pipe in the power steering system.

Rust particles could enter the power steering pump and cause it to go into a fail safe mode and shut down to avoid overheating.

Mazda conducted an “improvement campaign” last summer to repair vehicles in Japan “due to a high occurrence rate of this problem,” according to the letter to NHTSA.

But the company did not issue a recall in North America. Instead it issued a technical service bulletin to dealers since the “occurrence rate was low.”

The service bulletin included repair procedures for customers who reported the steering problems.

Transportation Department spokeswoman Olivia Alair said NHTSA was “currently reviewing the recall documents submitted by Mazda and will look at whether any additional action is necessary.”

Mazda said in a statement that it would notify owners during the next few months of the recall and dealers will replace the power steering pump and two high-pressure lines at no charge.

“Be assured that our customers remain Mazda’s highest priority. They remain safe in their Mazda3s and Mazda5s,” the company said.