HOW DO YOU MAKE YOUR CAR SPOILER?

Well, car spoiler is very synonym to our Malaysian car fans. There are many types of spoilers with different figure and height. So, what is spoiler?Is it useful? A spoiler is an automotive aerodynamic device whose intended design function is to ‘spoil’ unfavorable air movement across a body of a vehicle in motion. Spoilers on the front of a vehicle are often called air dams, because in addition to directing air flow they also reduce the amount of air flowing underneath the vehicle which reduces aerodynamic lift. Spoilers are often fitted to race and high-performance sports cars, although they have become common on passenger vehicles as well. Some spoilers are added to cars primarily for styling purposes and have either little aerodynamic benefit or even make the aerodynamics worse. 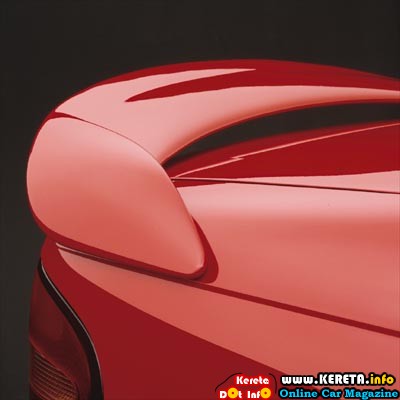 Since spoiler is a term describing an application, the operation of a spoiler varies depending on the particular effect its trying to spoil. Most common spoiler functions include disrupting some type of airflow passing over and around a moving vehicle. A common spoiler diffuses air by increasing amounts of turbulence flowing over the shape, spoiling the laminar flow and providing a cushion for the laminar boundary layer. However, other types of airflow may require the spoiler to operate differently. 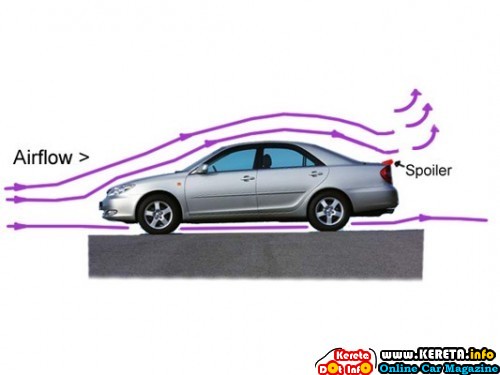 The main design goal of a spoiler in passenger vehicles is to reduce drag and increase fuel efficiency. While many often imitate wings and airfoils, these serve mostly decorative purposes. Passenger vehicles can be equipped with front and rear spoilers. Sports cars are most commonly seen with front and rear spoilers. Even though these vehicles typically have a more rigid chassis and a stiffer suspension to aid in high speed maneuverability, a spoiler can still be beneficial. This is because many vehicles have a fairly steep downward angle going from the rear edge of the roof down to the trunk or tail of the car. At high speeds, air flowing across the roof tumbles over this edge, causing air flow separation. The flow of air becomes turbulent and a low-pressure zone is created, increasing drag and instability.

Therefore, what is your expectation?Do your car have spoiler?