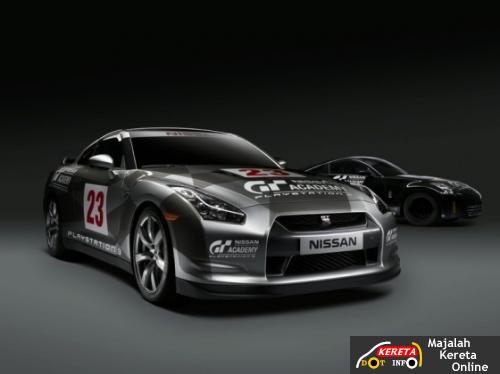 Log onto www.gtacademy.eu to start your journey in the ultimate driving competition courtesy of PlayStation®, Nissan and Gran Turismo 5 Prologue™

Nürburgring, 24 May 2008: Drivers of the world, start your engines – the GT Academy has arrived. The ultimate competitive driving test will begin on June 2nd when GT Academy goes live in Gran Turismo 5 Prologue. The pan-European competition sees PlayStation and Nissan unite the worlds of virtual and real-life racing to make the dreams of aspiring race drivers a reality. The competition will run as follows:

Stage One: www.gtacademy.eu – 2nd June 2008 for seven weeks
The first phase of GT Academy will take place online with a giant Gran Turismo 5 Prologue™ tournament on PLAYSTATION®Network. The competition will run for seven weeks and to enter, players must register their PLAYSTATION®Network sign in ID on www.gtacademy.eu. The next time they play GT5 Prologue online they will be able to race in the GT Academy Time Trial where they will compete to be the fastest around the Eiger Nordwand track in a Nissan Fairlady 350Z.

Stage Two: National Final – July 2008
The fastest 20 drivers in each country will be invited to a national final to compete head to head on Gran Turismo 5 Prologue. The three fastest drivers from the final will win a seat at the…

Stage Three: GT Academy at Silverstone – 25 August 2008
The virtual gives way to tarmac as the fastest three drivers from each country travel to Silverstone, the home of British motor racing, to take part in the GT Academy – a real-life driving competition on the track itself. Competitors will not only have to prove their driving skills in a Nissan GT-R but will also be tested for their mental and physical skills in a series of tests.

The two fastest drivers from Silverstone then have the chance to enter a four month training programme to earn their racing licenses and take part in a real life race in a fully race prepared Nissan 350Z at the 24 Hour endurance event in Dubai in January 2009.

Stephane Cottin, Vice President, Marketing and Strategy, for Nissan in Europe continued: “GT Academy is a first for the motoring industry. Never before has a competition of this scale been undertaken to unite the worlds of virtual and real-life racing. GT Academy sets the challenge to see if gamers can recreate their performance behind the wheel of a real racing car and on their journey be amongst the first in Europe to drive the GT-R on track.”

For full terms and conditions and more information about GT Academy visit www.gtacademy.eu.
Posted on 29/05/08 By F.B