Govt To Decide Whether To Cut Petrol Price Again Next Month 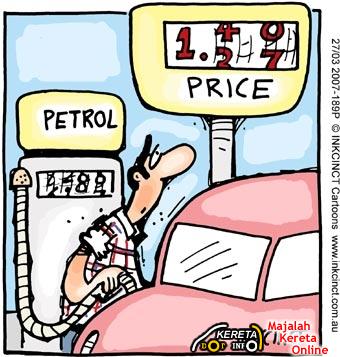 Govt To Decide Whether To Cut Petrol Price Again Next Month
The government will decide whether to cut the petrol price again during the National Economic Council meeting on Dec 1, Domestic Trade and Consumer Affairs Minister Datuk Shahrir Abdul Samad said Thursday.

According to him, there is a possibility for another round of petrol price cut after the meeting and the main issue to deliberate is whether to have a managed float or floor price for petrol.

“Currently, we are adjusting the price every two weeks according to market prices,” Shahrir told reporters at the Parliament lobby here.

He said since this month, the government has stopped subsidising the petrol price at service stations.

“The current petrol price at RM2 a litre is higher than market prices,” he added.

Shahrir said for the months of August, September and October, the petrol pump retail prices at petrol stations were lower than the market prices.

On service station operators, Shahrir said among the conditions was that they must be Malaysian citizens.

On controlling the prices of goods, he said the government has the power to control prices through the issuance of licences to suppliers.