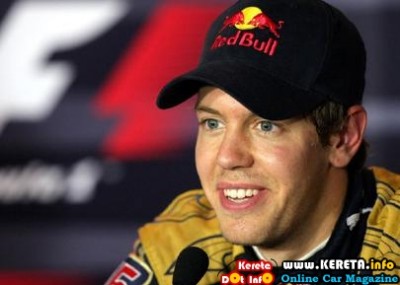 Sebastian Vettel had virtually led from start to finish after launching away from pole position and easily retaining first, even without KERS.McLaren’s Lewis Hamilton came in second while Vitaly Petrov brought Lotus Renault its first 2011 podium.Read the full news by Matt Beer from Autosport below.

Sebastian Vettel opened his title defence with a comfortable victory in an Australian Grand Prix that proved intriguing, but not did deliver the level of incident predicted with the new DRS overtaking system and Pirelli tyres.

Lewis Hamilton coped with a broken floor on his McLaren to take second, but the star of the race was Renault’s Vitaly Petrov, who made the most of an excellent start and a fine race drive thereafter to take his maiden podium in third.

While the top three made it to the finish on two stops, three-stop plans consigned Fernando Alonso (Ferrari) and Mark Webber (Red Bull) to fourth and fifth – though this was better than Alonso might have expected after falling to ninth at the first corner. Jenson Button was only sixth for McLaren after being penalised for an incident with Ferrari’s Felipe Massa.

Vettel tore away from the field in the opening stages, leading by three seconds after just two laps, with Hamilton and Webber holding second and third.

Petrov had made an excellent start to blast through to fourth, with Button and Alonso going wide at Turn 1 as they went three-abreast with the Renault, allowing Massa to slip ahead of Button and leaving Alonso right down in ninth by the time he got off the kerbs and grass.

Alonso made very swift progress past Kamui Kobayashi (Sauber) and Nico Rosberg (Mercedes) and was soon catching Massa and Button – whose battle for fifth place was frantic. With his DRS making little difference, Button tried all kinds of creative lines to get ahead the Ferrari, with no success until lap 10, when he went around the outside into the fast right-left Turn 11/12 at the end of the back straight, but had to take to the escape road and cut the second part of the corner to complete it.

That would lead to a drive-through penalty, while Alonso immediately pounced and passed Massa into Turn 13 as the Brazilian regained momentum after his near-miss with Button.

Before he took his penalty, Button had a brief battle with Vettel, who had made a relatively early pitstop on lap 14 and emerged behind the Briton. Hamilton had whittled the Red Bull’s lead down to 1.5s by then, but staying out two laps later before his first tyre stop cost the McLaren time to the leader rather than being an advantage – as even after having to battle past Button around the outside of Turn 4, Vettel was 6.5s clear of Hamilton once both were back up to speed.

That gap rapidly grew to 12s over the next stint – and the reason became clear when sparks started shooting out from under the McLaren, the front part of its floor having become detached and started rubbing on the ground. Aside from a trip over the Turn 1 grass, Hamilton did a remarkable job to keep his car both on the road and near the lead pace – though his chances of pressuring Vettel were over and the German cruised to an ultimately comfortable victory.

Webber could not keep up with the top two and by half-distance was 26s adrift and only just ahead of Petrov and Alonso. Both the Red Bull and Ferrari chose to make three pitstops, while Petrov – like Vettel and Hamilton – changed tyres just twice.

Alonso got ahead of Webber at the third stops, helped by the Red Bull running wide at Turn 3 on its out-lap. With Webber on the softer tyres for the final stint, he was able to attack Alonso at first, before the Ferrari pulled out some breathing space. Both charged up behind Petrov in the final laps, but the Russian had just enough in hand to hold on and take a brilliant third. Fifth-placed Webber parked his Red Bull on the grass immediately after crossing the line.

Button fell to 12th following his penalty but recovered to sixth, finally making it past Massa again with 12 laps to go. The Ferrari then made a late tyre stop, leaving Massa ninth behind the two Saubers.

Sergio Perez was a remarkable seventh on his debut, having managed to get through the distance with just a single tyre change on lap 23. That left him not far adrift of Button, and clear of Sauber team-mate Kobayashi.

Sebastien Buemi took the last point for Toro Rosso, with the Force Indias of Adrian Sutil and Paul di Resta running in the points for a while before falling back to 11th and 12th.

Rubens Barrichello provided plenty of entertainment in the first half of the race, as he recovered from a first-lap trip over the Turn 3 gravel and scorched through the field with a series of overtaking moves. But a wild long-distance dive down the inside of Nico Rosberg’s Mercedes at Turn 3 on lap 23 was just too bold, and left Barrichello spinning, needing a new front wing and earning a drive-through penalty. Rosberg had to retire in a cloud of smoke, his cooling system seemingly damaged in the impact, while Barrichello eventually parked his car too.

His team-mate Michael Schumacher sustained a puncture when hit by Toro Rosso’s Jaime Alguersuari on the first lap, and eventually retired due to the after-effects after 19 laps trailing around at the back. Alguersuari needed a new front wing and finished 13th.