EXORA IS NOT A NAME OF A FLOWER – PROTON SAYS 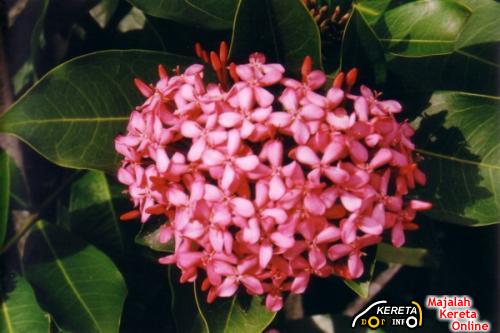 So here is the answer of the name exora when people are talking about it is a flower name. Whatever it is, the name exora is totally out of common sense to be a name for Proton MPV. I believe there are a lot of nicer name for this “exora” that will show the identity of Malaysia and as a symbolic of fun with family with an MPV. EXORA??? What does it means? Maybe proton just want a name that is similar to its Lotus EVORA? But then we are all confuse how to pronounce the exora. Some says it is ezora, exzora, ixora and other else. Even our local newspaper wrongly spelled this proton MPV name as “Proton Ezora” as the headline. What a shame.

Many feedback from kdi reader and other forumers dissapointed with the name which brings no meaning and no identity. I don’t know what is the real thing happened behind of the process of picking up the winner of the naming proton MPV. Below are the news from Bernama about the name of Proton MPV, The Proton EXORA.

EXORA IS NOT A NAME OF A FLOWER – PROTON SAYS

Proton Holdings Bhd today clarified that its new Exora multi-purpose vehicle (MPV) was not named after a flower.

However, it has a similar pronunciation as the Ixora flower, the car manufacturer said in a statement on Wednesday.

“Exora was chosen because it was not a name for any animal and vegetation. Exora does not exist as a word,” Proton said, adding that the name was chosen after a vigorous selection process.

The new MPV raised an issue following Exora’s similarity to a flower’s name despite the naming contest not allowing the names of flowers and animals.

Proton said during the selection process, the company had eliminated all entries which referred to any animals and vegetation.

For example, Proton had received a total of 139 entries which named Ixora and 39 entries for Exora and it eliminated entries using “Ixora” because it is a flower.

For Proton, the name and tagline symbolises the company’s effort to offer the best vehicle which could offer family togetherness.

“The MPV symbolises the company’s efforts to incorporate many of the best features available in a passenger vehicle, which are designed to meet the needs of typical Malaysian families,” it said.