DRB-HICOM has made an agreement with the Volkswagen AG to assemble VW vehicles in its plant in Pekan. VW choose DRB-HICOM than Proton maybe due to they want a company that can concentrate on assembly and selling of the cars compare to Proton that has its own target and heavy responsibility in developing and manufacturing its brand in Malaysia. Read further news from Btimes below. 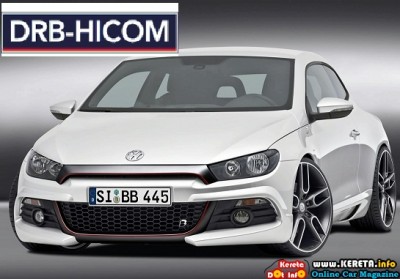 Volkswagen models may be assembled at a DRB-Hicom plant in Pekan, according to a statement today to the Malaysian stock exchange. Executives from the two companies signed a memorandum of understanding in Singapore today, it said.

Proton has been seeking a strategic alliance to help bolster exports and develop new models to better compete with the likes of Toyota Motor Corp and Honda Motor Co. — Bloomberg