DANY BAHAR ADDED TO LOTUS RENAULT GP BOARD OF DIRECTORS 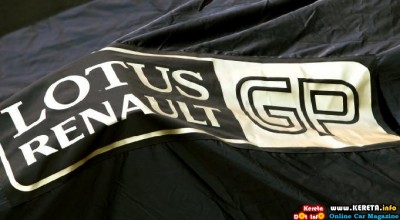 Group Lotus CEO Dany Bahar has strenghtned his fotting in F1 with a directorship at Lotus Renault GP.He joins Genii Capital Group chairman Gerard Lopez and CEO Eric Lux as a director ahead of the team’s first season as Lotus Renault.Read the full news from Crash.net below.

BAHAR HAS BOARD ROLE AT LOTUS RENAULT

It has emerged that Group Lotus CEO Dany Bahar has joined the board of directors at Lotus Renault GP Limited, following his company’s decision to enter F1 with the Enstone team.

Bahar’s elevation to the board was actually made before Christmas but, according to reports on speedtv.com has only recently become public knowledge. The former Ferrari and Red Bull team member joins Genii Capital Group chairman Gerard Lopez and CEO Eric Lux as a director ahead of the team’s first season as Lotus Renault, and strengthens speculation that Proton-owned Group Lotus has an option to acquire a stake in the team from current owner Genii. Former directors Eric Boullier and Jean-Francois Caubet are no longer on the board, with the former reverting purely to his role as team principal.

Bahar has been at the heart of the ongoing war of words with F1 rival Team Lotus over the right to use the Lotus name in the top flight. He was responsible for rescinding the five-year licence to use the name Lotus Racing which was granted to Tony Fernandes ahead of the 2010 season, and for launching Group Lotus into a widespread motorsport campaign that includes GP2, GP3, Indycars and sportscars alongside its new F1 ambitions.

Both Lotus Renault and the rebranded Team Lotus will return to the High Court in London next month if they cannot reach an amicable settlement to their row, with Bahar insisting that only one team has the right to use the Lotus moniker, and accusing Fernandes of making the matter one of money rather than passion. The Malaysian, meanwhile, has hit back at a derisory offer of compensation made by Bahar and Group Lotus late last year, and has vowed to press ahead with his plans to run Team Lotus to the F1 midfield in 2011.

Group Lotus, of course, suffered a setback to its cause when lead driver Robert Kubica was injured in a rallying accident at the weekend, creating uncertainty over who should partner second-year driver Vitaly Petrov in the line-up for the remainder of the season.