Alfa Romeo UK held a special competition for students from the MA Fashion course at Central Saint Martins College, London, it is for the creation of the bags. A total of 15 graduates submitted sketches inspired by the MiTo for initial consideration, but only two made the cut.

Finally after assessed by judged by some of the leading faces in British fashion, the bags created by CSM students William Hendry and Tamara Elliot were chosen for the limited run,” said Alfa Romeo UK in a statement.

The two bags are prototype designs for Alfa Romeo UK, which is now looking to produce a limited range of both in the near future. 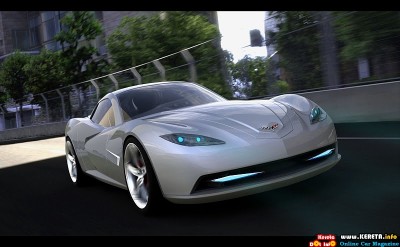 Student designer James Robbins redesigning an special icon one as popular and well-known as the Chevrolet Corvette. His renderings look like a logical next step in the car’s design evolution, though we’re not fans of some of the details.

Think of it as a C6.5, a stopgap measure between the current gen Corvette and a future C7 model. The design brief required Mr. Robbins to use the basic proportions of the C6, which limited what could be done with the design.