BISON BJ1039, BJ1049 and BJ1069 launched by Angka-Tan Motor Sdn Bhd will contribute to 600-700 first units sold target for this year. Later, they plan to add another investment for the dump truck, cement truck and heavy truck. The new three model is priced between RM56,000 and RM83,000. 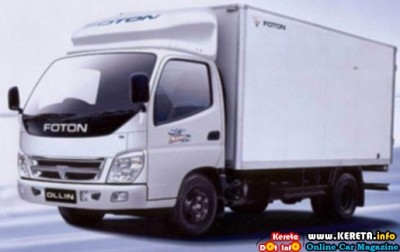 PETALING JAYA, March 29 (Bernama) — Angka-Tan Motor Sdn Bhd (ATM), a unit of Warisan TC Holdings Bhd, expects a five per cent market share, or sales of between 600 and 700 units, of Bison’s light commercial trucks in its first year of operations.

Ngu said ATM’s collaboration with Beiqi Foton Motor, the number one brand for light commercial vehicles in China for years, has been fruitful.

“We expect the products marketed under the local brand of Bison to take off effectively as they are recognised globally,” he said.

He said the company planned to set up five more branches in Peninsular Malaysia.

Currently, it has three branches in Butterworth, Johor Bharu, and Kuala Lumpur, he said