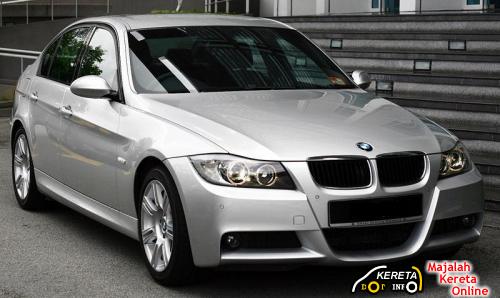 BMW Malaysia has reported a 32 per cent increase in its sales volume for the first three quarters of 2008, compared to the same period in 2007. A total of 2,736 units of BMWs (previous year: 2,095) and 148 units of MINIs (previous year: 95) were sold, bringing the total number of vehicles sold by BMW Malaysia up to 2,884 units. “Despite less than rosy sentiments and industry predictions that the automotive industry will see a significant reduction in sales, BMW Malaysia’s sales volume has held up very well,” said Geoffrey Briscoe, BMW Malaysia’s managing director. “Though we recognise that the recent escalation of the global financial crisis is affecting consumer confidence, we remain optimistic about the Malaysian market. Our sales figures point to a better total year performance,” he said in a recent statement. The BMW X5 had the highest growth rate, recording a 250 per cent growth with 147 units delivered compared to 42 units in 2007. In September alone, 30 units were sold, making it the highest number of X5s sold in a month for this year. Whilst the most popular X5 model is the BMW X5 3.0si, the 3.0 diesel now accounts for 14 per cent of the total volume. Demand for the overall premium SUV segment is also on the rise, BMW said. In addition to the high demand for the X5, the new BMW X6 – which is the world’s first Sports Activity Coupe (SAC) – has seen delivery of 18 units since its launch in Malaysia in August, while the X3 sales surged by 96 per cent, with 99 units sold compared to the corresponding period last year. The BMW 1 Series had 56 units sold by the end of the third quarter, marking a 211 per cent growth compared to 2007 sales. This significant growth in numbers also marks a shift in interest and demand for compact vehicles in light of the increase in petrol prices and concern over environmental issues. Not to be outdone, the BMW 3 Series and BMW 5 Series continue to be the best-selling models with 1,259 units (previous year: 1,018) and 1,039 units (previous year: 866) sold respectively. In the MINI family, the highest-selling model is the MINI Cooper S, with 76 units sold up to the end of September, followed by the MINI Cooper with 39 units sold. “The difficult condition for the automotive industry in Malaysia remains a challenge, even for premium brands such as BMW. “However, our efforts in further enhancing the brand by bringing in more high performance and fuel-efficient vehicles coupled with quality service and innovative financing and insurance by BMW Credit, will assure our position as the fastest growing brand in the premium vehicle segment in Malaysia,” Briscoe added.