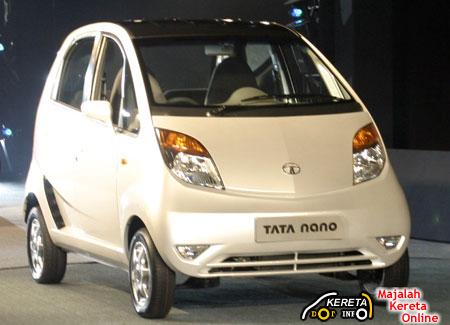 October 2008 was supposed to herald a revolution for Indian automakers.

Tata Motors had planned to roll out the Nano, a 100,000 rupee (US$2,000) snub-nosed auto that would bring car ownership to the masses.

India’s growing consumer base has not inoculated them from the global financial crisis. Battered by high interest rates and tight credit, auto sales began to shrink in the summer, falling 1.9% in July and Aug. After a mild comeback in Sept, reports from major automakers suggest they fell again in Oct.

For Ganesh Dalvi, an eager young Mahindra-Renault salesman in a pink button-down shirt, that means it has been three months since he has sold enough cars to get a performance bonus.

Dalvi, who himself can only afford a motorbike, has resorted to cold calling.

“I want to own a car,” he said. Fluorescent lighting bounced off the largely empty sales floor at the dealership on the northern outskirts of Mumbai. “That’s why I’m doing this cold calling. I want money because I want a car.”

Few Indians own cars: There are just seven per thousand people, according to the Society of Indian Automobile Manufacturers, an industry group. That compares to 18 in Indonesia, 57 in Thailand, 453 in the US and 565 in Germany.

Not quite hello to this Tata yet …
Global automakers see potential. Sales reached 1.5mil cars last year, and the middle class is projected to grow from 50mil people today to 583mil by 2025, according to McKinsey & Co.

But the short-term may present more challenges than opportunites.

The International Monetary Fund downgraded its forecast for India’s 2009 economic growth to 6.3% last Thurs, a sharp drop from last year’s 9.3%.

The most recent quarter was a bleak one for India’s leading automakers, who reported double-digit declines in profits for the July-Sept period.

Tata said its profit fell 34.1% to 3.47bil rupees (US$70.1mil). Nearly two-thirds of Tata’s earnings come from sales of commercial vehicles, which have been hit by slower growth in industrial production.

Farmer protests also forced the company to halt construction of a US$350mil Nano factory and find another site. The company still aims for a modest launch by year-end using existing factories, but says it will take six to 12 months to ramp up production to 250,000 vehicles at the new location.

Maruti Suzuki, which sells almost half of all passenger vehicles in India, said net profit plunged 36.5% to 2.96bil rupees (US$60mil), because of rising materials costs and a falling rupee.

In recent weeks, the Reserve Bank of India has cut its key interest rate and taken a host of other measures to ensure that banks have adequate cash to meet debt obligations and make loans.

But commercial banks, stung by the global credit squeeze and growing portfolios of bad loans, have been reluctant to pass on lower rates to consumers.

Eighteen months ago, car loans cost seven to 9% a year; now they are running 17% to 18%, according to the Indian automakers group.

In recent days, state run banks, responding to government pressure, have pledged to lower lending rates. But some economists say rates are not likely to fall fast enough to give a big boost to consumption.