The 2013 Ford Escape raises the bar higher for the competition with the 11 new exclusive features and fuel economy projected to top any vehicle of its kind on the market.

In Escape, EcoBoost engines are mated to specially calibrated, six-speed Select Shift Automatic transmissions, which are standard and allow drivers who want more hands-on experiences to manually control gear selection from a switch on the left-hand side of the shifter. The gearbox features a new torque converter for improved driving feel, silky smooth shifts and even better fuel economy. Engineers also installed revised gear ratios for a balanced driving feel in all situations.

Using new advanced software and sensors, the new Intelligent 4WD System analyzes data from 25 external signals, including wheel speed, accelerator pedal position and steering wheel angle, assessing road conditions and driver input 20 times faster than the blink of an eye. The system uses all the sensor inputs to turn the vehicle in the direction the driver wants it to go. Intelligent 4WD builds on the pre-emptive actions by adding and subtracting torque as needed through an electromagnetic clutch.

This new vehicle will head to Europe, where sales of compact sport utilities have grown 200 percent since 2000. It will be revealed at the Geneva Motor Show in March for European customers as the all-new version of the Ford Kuga and will have unique powertrains and features.

The new Porsche 911 Carrera Cabriolet offers sporting drivers the option to enjoy the renowned dynamic qualities and iconic design of the 911 Coupe combined with the added versatility and driving pleasure offered by its folding convertible roof. 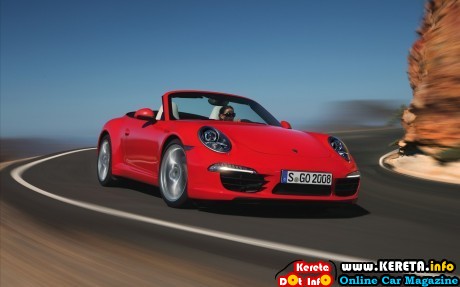 The 911 Cabriolet naturally shares its new, high tech aluminium-steel body with the Coupe, and the convertible extends this innovation to its all-new, unique hood. When raised, the design of the hood ensures the iconic 911 roof line is retained in its entirety. Intelligent lightweight design, including the use of magnesium in the hood frame, ensures reduced weight for increased responsiveness, lower fuel consumption and greater comfort. As is the case with the Coupe model, the new 911 Cabriolet is significantly lighter overall than its predecessor.

Fitted to every 911 Carrera Cabriolet is a Porsche Vehicle Tracking System (VTS), a sophisticated vehicle security package approved to Thatcham Category 5 standard, and customers will also be able to explore the potential of their new car by participating in a complimentary course at the Porsche Experience Centre, Silverstone.