Ford’s 2.0-liter four-cylinder EcoBoost engine, like the 3.5-liter V6 and upcoming 1.6-liter four-cylinder, boasts a wide range of technology that helps push power and fuel economy numbers up while allowing for lower displacement and reduced weight. Ford with Honeywell crafted a low-inertia turbo that spools up faster and helps eliminate lag. The direct-injection of the fuel allows for a higher compression ratio and a more efficient burn as well as reduced emissions.

2013 Ford Edge EcoBoost is offering a four-cylinder as the premium optional engine. Fuel economy is expected to improve anywhere from 10 to 20 percent. The front-wheel-drive V6-powered Edge is rated at 19 miles per gallon in the city and 27 mpg on the highway. With the EcoBoost, those numbers should rise to 20-23 mpg city and 30-32 mpg highway. 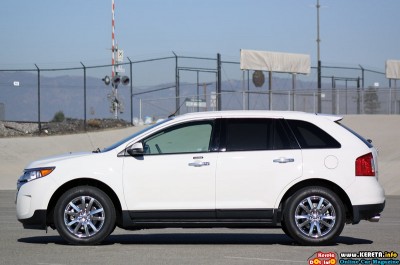 Ford Edge will be on the market the entire EcoBoost family of engines, and by 2013, it will offer a variation of these turbocharged, direct-inject engines in 90 percent of its North American model lineup. Besides the 2.0-liter, 3.5-liter V6 and 1.6-liter four-cylinder, and the results mirrored each other.

According to the company, the Curb’s styling is an evolution of the “fluidic sculpture” design language seen on the latest Sonata and Elantra sedans.

The South Korean firm has released very little information on the study that carries the HCD-12 codename, but we do know that it has been penned at the firm’s California Design Center. The official unveiling of the Curb will take place on Monday, January 10 at the Cobo Hall in Detroit.