Terrorizing roads since first coming out in 1992, the Dodge Viper has carved a legend for itself. Taking the muscle car concept to the hilt, it is powered by a big block V10 engine that produces a ton of power even on low rpm, making mincemeat out of all kinds of sports cars. However, this “niche car” by Dodge was discontinued in 2010.

However, fans need not despair, as a new generation of the Viper is going to be released in 2012 at the earliest. The 2013 Dodge Viper is going to usher in a new era in this American beast. The first prototype emerged in 2010 in a private conference organized by Chrysler. It was warmly received, but the final product could be considerably different. 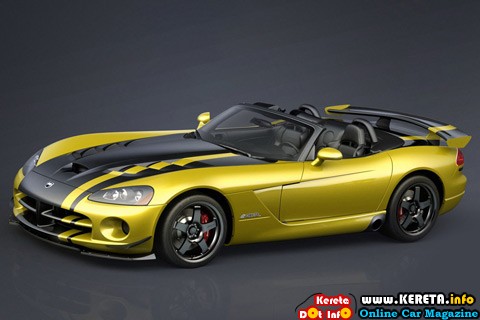 There are rumors circling around the development of the next generation Dodge Viper, some even coming with conflicting inputs. One thing is for sure, it is going to be a major update aiming to modernize the car and make it more palatable to the younger audience. It will feature lighter and more technologically advanced components to save weight. Also, electronic stability control is slated to become standard equipment for the first time.