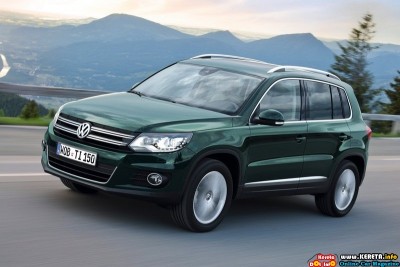 Volkswagen, German automaker wants to produce its Tiguan compact SUV in North America in order to reduce costs and protect itself against fluctuation of exchange rates. The German automaker recently opened its first plant in the United States in Chattanooga, Tennessee. The $1 billion factory assembles the North American market 2012 Passat and has an annual capacity of up to 150,000 vehicles.

Finally, The North American version of the refreshed Tiguan SUV is imported from Germany with production taking place at Volkswagen’s Wolfsburg plant.  The German automaker has two more models in its range that are made in North America, the new Jetta and Beetle, both of which are produced in Mexico. WirtschaftsWoche said that it has not yet been established if the North American Tiguan would be produced at the Chattanooga facility or at VW’s plant in Pueblo, Mexico.

The official photo above is 2012 Mercedes-Benz SLS AMG Roadster, a super sports car thrills with a perfect combination of open-top driving pleasure, outstanding driving dynamics and sophisticated lightweight construction. The 2012 SLS AMG Roadster will make its U.S. debut in Fall 2011. 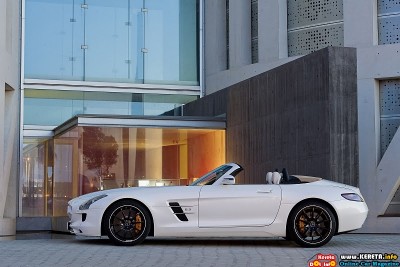 The trunk area as its capacity remains at 6.1 cubic feet with the roof either open or closed, and is roughly the same to that of the SLS AMG Coupe, which stands at 6.2 cubic feet. The fully automatic top is available in three colors ‚Äì black, beige and a classic red. It opens and closes in eleven seconds, and can be operated on the move at speeds up to 31 mph or 50km/h.

The Mercedes-Benz SLS AMG Roadster is equipped with the firm‚  AIRSCARF system that warms the head and neck areas of the driver and passenger by blowing hot air from vents integrated in the head restraints. Other standard features include a black designo leather treatment, heated AMG sports seats, a detachable glass windstop, COMAND with Navigation and DVD player, anti-theft alarm system with tow-away protection and interior monitoring, dual-zone automatic climate control and the KEYLESSGO starting function.