In line with Peugeot’s range enhancement and development strategy, the 4008 will be launched initially in the international market which will represent 70% of its sales. With its distinctive, stylish appearance and its 4×4 SUV features, the 4008 is a modern response to the needs of all-terrain vehicle customers, in a very prominent market segment.

The world market of all-terrain SUVs has been growing strongly since 2005. In Russia, all-terrain vehicles have long been predominant and currently account for 20% of the market, the majority being vehicles in the compact SUV segment. However, in China and Western Europe the market share of the SUVs has reached 10%, and covers a variety of expectations. In Europe, this market share of the SUVs in segments C and D is increasing to the detriment of the SUVs of the E segment. 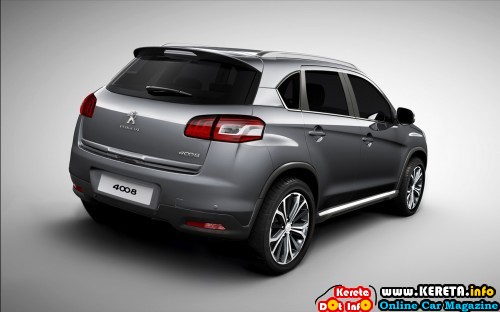 In China, it is the attraction of the vehicle’s status that is sought after. In Europe, it fulfils the desire for distinctive multipurpose vehicles, compact and with an environmental impact comparable to that of a conventional saloon. Therefore, the 4008 is an ideal response to the changes in these markets, it is a competitive vehicle serving the marque’s ambition in the international market. Presented as a world premiere at the 2012 Geneva Motor Show, 4008 will go on sale initially in international markets from 2012 second quarter.

With this new 4×4 SUV, Peugeot completes its range of vehicles suited to the various expectations of all-terrain customers. With its strong personality, for the international destinations, the 4008 is aimed both at customers who already own.