Nissan went ahead and introduced a re-badged version of the Mazda5 MPV (called Premacy in its home market) in the form of the new Lafesta Highway Star . The compact minivan is supplied to Nissan by Mazda on an original equipment manufacturer (OEM) basis, and will be sold exclusively in Japan.

2012 Lafesta Highway Star was a rather straightforward process accomplished by adding Nissan’s logos inside and out, restyling the front end that gains a new hood, lights and bumpers, smoothing out the Mazda’s swoopy profile lines and adding a chrome strip between the tail lamps.

Since the earthquake and tsunami in Japan, Honda could delay the achievement of all the new Fit. But Honda is now officially launched the APV Mini on this Thursday. The Honda Fit Shuttle is longer and taller, with the extra space benefiting both the rear passengers and the cargo area. Because the shape is very similar to the Jazz, the Fit is usually called the Jazz in Europe.

The more practical version of the Honda Fit Shuttle is offered in two flavors, the base model powered by a conventional 1.5-liter i-VTEC four-cylinder gasoline engine and a hybrid variant combining a 1.3-liter gasoline unit to a 10 KW electric motor. 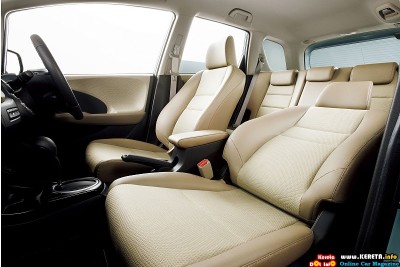