Renault has unveiled a new concept model called the Captur, which applies theDeZir‘s design philosophy on a three-door small crossover with a removable hardtop.The Captur will receive its world premiere at the upcoming Geneva Salon.

The main sources exterior designer of inspiration were athletes and radical sports with styling references to equipment such as helmets, gloves and other protective gear. The Captur, which is close in size to alliance partner Nissan’s Juke, is crafted from carbon fiber and features a removable hardtop that allows it to transform from a coupe to a convertible crossover. Other highlights include the butterfly doors and extra-large tires fitted to 22-inch black and white rims.

In addition, the Renault Captur Concept comes with numerous technological advancements including a new RX2 mechanical self-locking differential and the Visio-System with a forward-facing camera mounted at the top of the windscreen providing driver-assistance functions.

Powered by a 1.6-liter twin-turbocharged diesel engine concept with 160HP, developed from the new Energy dCi 130HP that will eventually replace the firm’s current 1.9 dCi unit. The oil-burner is paired to a dual clutch EDC gearbox, and according to Renault, it emits less than 99g of CO2 per kilometer. 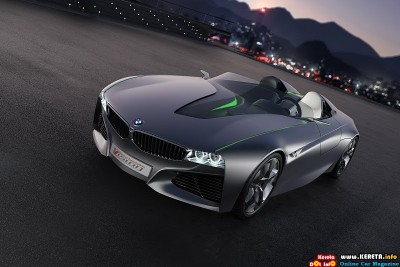 BMW is launching a new design language and an array of intelligent driver information technologies that will find their way in future production models, The concept study is called the Vision ConnectedDrive.

It was penned under the supervision of BMW’s new head of design, Adrian von Hooydonk. The two-seat roadster model with a cleaner overall design, pointier front, the blending of taut and multi-layered surfacing treatments and the shape of tail lights. 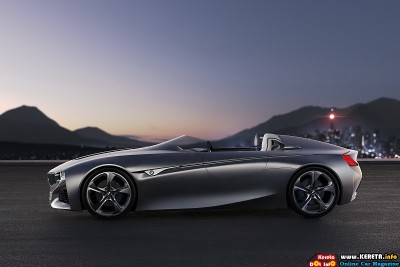 The concept embodies the dynamic BMW design language with its long wheelbase, set back seating position and long bonnet but combines it with taut surfaces and distinctive flowing lines. This results in an interesting play of light and shadow making the car appear as if it is accelerating even at a standstill. The sliding doors, inspired by those on the BMW Z1, disappear into the body of the car. This allows the BMW ConnectedDrive Concept to be driven with the doors open, emphasising the link between the vehicle and its environment. 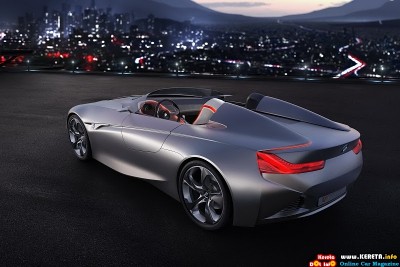 The interior is far more futuristic but the minimalistic design philosophy may be applied in a more production kind of way in the next generations of the BMW models. 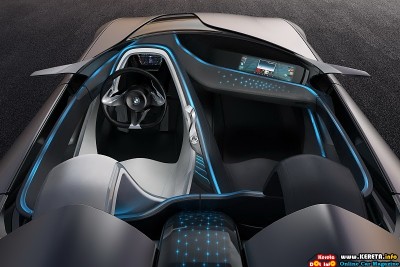