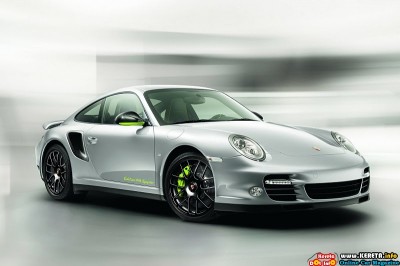 2011 Porsche 911 Turbo S limited edition s cosmetically inspired by the 918 Spyder and will be available in both coupe and convertible body styles. The 911 Turbo S’ standard equipment is complemented by an enhanced leather interior, a special instrumentation version and additional carbon elements both inside and out.

Based on the standard model’s 530HP-strong flat-six turbo intact, the special edition gets distinctive acid green features such as the brake calipers, specific and part-embroidered model logos and seams, the instrument cluster needles, the bespoke PCM screen and illuminated door entry guards. 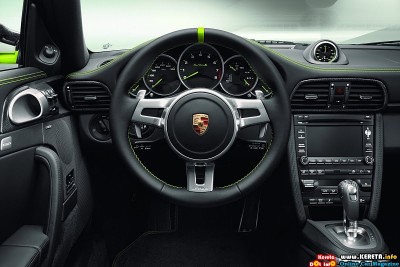 The 911 Turbo S special addition’s standard equipment is complemented by an enhanced leather interior, a special instrumentation version and additional carbon elements both inside and out. 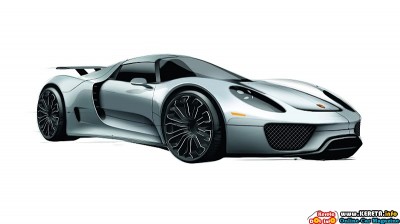 Porsche plans to limit production of the 918 Spyder model to no more than 918 units worldwide. The two-seater model will take place at Porsche’s Zuffenhausen plant in Germany starting from September 18, 2013, with delivery of the first vehicles to commence in November 2013.

By concept version, changes visible of production version from the official sketches include the addition of exterior mirrors and the elimination of the side exhaust tail pipes. Also the full open-top treatment for a manual roof system with removable roof panels that can be stowed in the front luggage compartment. 2013 Porsche 918 Spyder Hybrid Supercar is built around a carbon fibre-reinforced plastic monocoque and features a plug-in hybrid drivetrain that comprises of a V8 gasoline engine with a displacement exceeding four liters and output of more than 500HP plus two electric motors – one each on the front and rear axle – with a joint output of at least 218HP.

The V8 engine transfers its power to the rear wheels through a seven-speed dual clutch transmission.

The electric motors are fed via a liquid-cooled lithium-ion battery that can be charged from a conventional domestic power socket, delivering a range in excess of 25 km (16 miles) in the NEDC on purely electric power. Porsche said the charging time depends on the country-specific mains network, being approximately three hours in Germany. The automaker added that a quick charging option is planned to reduce charging time yet further.