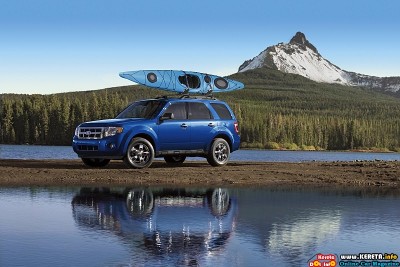 Ford preparing the concept version of Kuga crossover and Escape SUV for next year’s Detroit Motor Show. The new compact-sized crossover model will go into production in the second half of 2012 as a 2013 model.

“The Kuga/Escape successor could hit Deutschland’s showrooms as early as March next year and reach other European markets by the second quarter.” Bernhard Mattes said. He is man in charge of Ford’s German factories.

Moving production to the U.S. is another point on Ford’s agenda. It’s likely that the new car will be manufactured in Louisville, Kentucky, while the German factory in Saarlouis will keep the European production of the new Focus.