2009 PICTURES OF THE YEAR – SENSE OF AUTOMOTIVE PASSIONS.

Now we are in the month of December.Today, we will post and show you some pictures of the year that we got from some sources.We want to share some photography that can give you a sense of Automotive passions.Anyway.keep looking at some of the picture below. 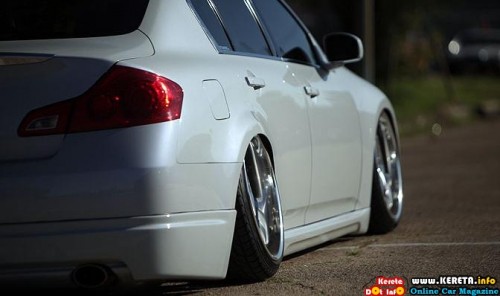 Some people like bagged cars, while others have philosophical problems with them… But I don’t think any of you can deny the visual weight these cars carry when dropped to the floor.
– Rosenberg, Texas, USA: A peek into the “M” display at the BMW Museum. – BMW Museum, Munich, Germany.

Dino Dalle Carbonare checks out the clear coated layer of grime which BMW has preserved from the 1999 Le Mans 24Hrs. It’s great to see they are expanding their GT racing activities in 2010. – BMW Classic Collection, Munich, Germany. This is the only way to do Bonneville… you bring your competition car, but you also bring a hot rod too for cruising the salt. –  Bonneville Speed Week, Wendover, Utah, USA.

Our own Proton Exora Prime concept also in the list of Pictures of the year for 2009.

And lastly the new Perodua Alza that had been launched recently.