There’s less than a month until the 2009 Geneva Motor Show. It’s one of the biggest auto shows of the year and this year the 79th Geneva International Motor Show will host 85 world and European debuts, organisers claim.

According to the organizers, the color red expresses passion in the world of automobiles while the heart represents the attraction visitors feel for the show.

For the second time, the agency Polyconsult from Bern has won the annual competition to create the official poster for the Show. They describe the idea behind the creation of this poster as follows:

“For many people, an automobile is now much more than a means of transportation.

It has become a loyal friend who accompanies us daily and to whom we grow attached over time.

Therefore, for many a visit to the Geneva Motor Show can mark the beginning of a new love affair – and possibly love at first sight!

The 2009 poster pursues this idea and illustrates the emotional attachment between car and driver, a sentiment that has not changed even in the era of the iPhone and the Internet”

As automakers rush to green their lineups, Geneva will also see more than its share of vehicles with various technologies on board designed to emit lower emissions, save gas and otherwise push the envelope of the future of propulsion. Some tech is close, some not so much, but auto shows are as much about the future of transportation as the present — and the future has a green sheen to it. Below are some cars that will appear at the 2009 Geneva motor show.

• Audi A4 Allroad and TT RS Some Car Models For the 2009 Geneva Motor Show

SECTIONS OF THE SHOW

5. Accessories and parts for motor cars

7. Workshop installations for the repair and maintenance of motor cars8. Miscellaneous products and services related to the car industry9. Animation / Attractions 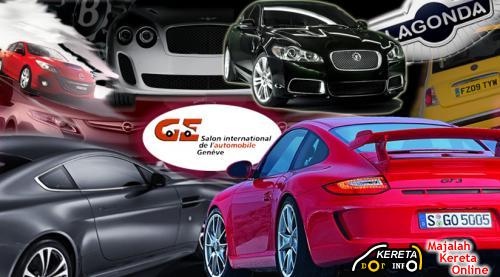