Last year this bread-and-butter family of Bimmers scored its 16th-straight 10Best trophy, a record unmatched in the history of this event. And en route to its 17th-straight appearance, the 3-series added a new model, BMW’s first-ever hardtop convertible, and took top honors in two comparison tests.

This second-gen CTS conclusively fulfills General Motors’ goal of turning Cadillac into a world-class luxury competitor. It does so by building on the strengths of the first CTS, while addressing its shortcomings.

Continual development is the key to success for any automobile, and the latest Corvette makes an excellent poster car for that proposition. Back for its seventh-straight appearance on our 10Best roster, the Vette lists 22 significant updates for 2008.

This 2008 version has clean and elegant lines that stand out among family sedans that look dead boring or make do with contrived visual details. Inside, the Malibu is equally captivating, with clean instruments and logical controls embedded in a panoramically sweeping dashboard.

This year’s new Accord sedan is all about size. It’s three inches longer, nearly an inch higher, and roughly an inch wider than last year’s model and offers a V6 that’s half a liter bigger than before.

Not only does the Fit deliver what you’d expect — high mpg numbers and low ownership costs — but it also delivers something you might not: high-quality interior appointments, a high level of usefulness, and a high fun-to-drive index.

So effortlessly does the MX-5 respond to your steering inputs that you can guide the car along the most writhing road at breakneck speeds without effort or even apparent thought. It adds up to a car that is not only irresistible to anyone who likes to drive but can also put a smile on your face on your daily commute.

The 3’s secret isn’t exactly a secret: Big horsepower in a small car predates even the hot-hatch phenomenon. In this iteration, the formula entails a turbocharged and intercooled edition of Mazda’s 2.3-liter four allied with a six-speed manual transmission. In our most recent test the speedy 3 hit 60 mph in 5.6 seconds. 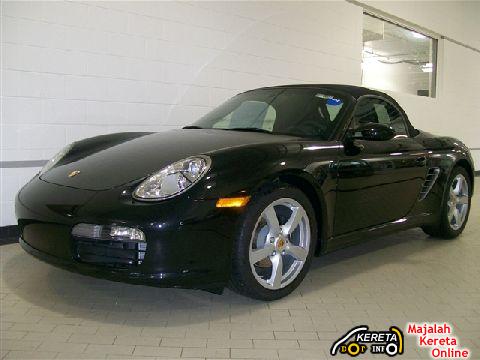 This marks the 12th year the Boxster has been with us, but the model is such a natural Porsche that it feels as if it has been around since the days of the 356. Although plenty powerful, the magic of the Boxster — and any Porsche — is in its balanced handling and sublime control responses.

The GTI returned to the 10Best list last year after a 21-year absence. The latest generation is a long way from the no-frills original, but VW has effectively addressed the fun-to-drive factor without diluting the sophistication, roominess, and high-quality feel that are characteristic of this family.