Recently, Welch Motorsport has announced that they will use Proton car in the British Touring Car Championship this year.They will use the Persona (Gen2 in UK) that will be powered by TOCA engine.  The car will has its debut during the second half of the season, and possibly as early as the Snetterton round in August.It is a good news for Proton name, as Proton last competed in the BTCC under Team Petronas Syntium Proton (PSP) in 2004 when Shaun Watson-Smith and Farique Hairuman drove a pair of works Impian models to a number of points finishes.During that time, Proton used the Impian/Waja model powered by 1.8 litre production engine which prepared by Mountune. 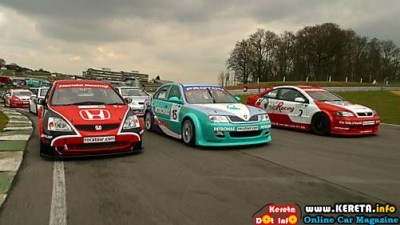 Below are the details about the Proton Impian/Waja which has been used in 2002-2004. 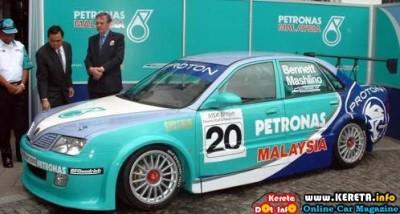 The Impian/Waja is the Malaysian marque’s first entry in the BTCC.A powerful car in the hands of real professionals.(Photo credit to btccpages)

Titles
Proton’s involvement in the BTCC was a short-lived affair. The Malaysian manufacturer ran a pair of its Impian models from 2002-04. BTCC veteran David Leslie wrung a best-ever second out of the under-funded machine at Croft in 2003. South African Shaun Watson-Smith also took a fastest race lap in 2004, but that was about as good as it got and the marque withdrew. Its friendly approach, however, will always be remembered with affection by the fans.