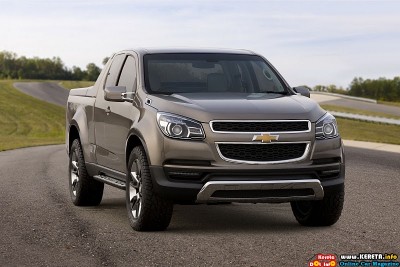 GM claimed that Chevrolet Colorado Concept will make its debut at the Bangkok International Auto Show on March 25. GM also claimed that Colorado Show truck will lead to a toned down production model that will be revealed within the next few months and first go on sale in Thailand later this year. Power for the Colorado show truck comes via 2.8-liter turbo-diesel engine. Although this is a show vehicle, the basic proportions and form convey the vision for the next-generation Colorado that GM will bring to market The Colorado pickup reflects a stylized version of the new truck, one that takes into account rugged dependable truck capabilities for commercial use as well as sophisticated refinement for personal-use needs. 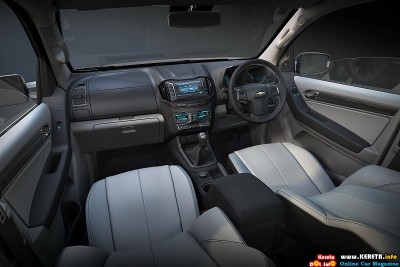 The car comes with features an extended-cab body atop a high-stance AWD chassis and rides on large, 20-inch wheels and off-road tires size 285/50R20. Certain details such as the large alloy wheels, futuristic exterior mirrors and LED lamps will most likely be absent from the production model. 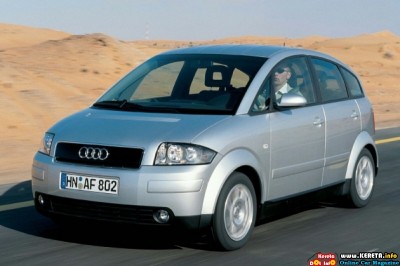 The Audi A2 slated for an early 2015 release, a couple of years later than Audi’s original schedule, the A2 hatchback will use a lot of aluminium and will offer electric and plug-in hybrid variants as well.

Basing the chassis on the relatively cheaper Modular Querbaukaste (MQB) material being under process for the MkVII Volkswagen Golf, the automaker hopes to address its general high cost issues this time around.

Original A2 that boasted of a light 1900 pound curb weight, thanks to the advanced aluminium frame-which also skyrocketed its price value- Audi has turned to composite panels, thinner glass and some cutting down on the size of various parts like the batteries and AC compressor. Plus, the hatch will be more spacious this time around and add extra room for one more passenger to the existing capacity for four.

2015 Audi A2 is going for a range more than 150 miles for the electric version using a single-speed transmission, pushing out 75 hp to 110 hp. The plug-in hybrid will be seen with three-cylinder engines offering a choice between gasoline and diesel and paired with a dual-clutch automatic transmission. It is expected to maintain an electric range of 40 to 60 miles.