WHAT IF MALAYSIA HAS AN AUTOBAHN – HIGHWAY WITHOUT SPEED LIMIT ?

Well, this question is quite interesting. Making a certain highway in Malaysia without speed limit has some advantages behind it. The famous Autobahn in Germany has no speed Limit but the death rate is lower than other type of road. Maybe we can have about 50 km of Autobahn here to give a chance and space for supercar driver and superbike rider to have some fun. What do you think?

This Idea might be ridiculous but let’s say, if we have it?

WHAT IF MALAYSIA HAS AN AUTOBAHN – HIGHWAY WITHOUT SPEED LIMIT ? 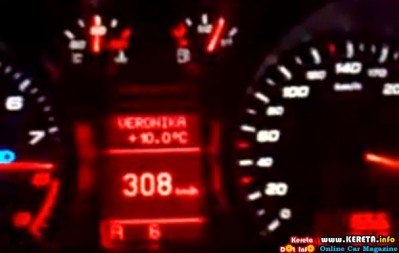 Let me conclude the advantages of Highway without speed limits :

+ Like I state, this will give a chance to all speed hunger to test their vehicle and have fun.

+ Encourage tourist to come in Malaysia, especially from Asia region to get the feel of driving to the max.

+ Less drivers or bikers involved in an illegal race on a dangerous road condition. This highway will be a legal race track instead of SIC which is not always open to all.

Hurm.. What about disadvantages? Well, we all know.. Its all about your safety. But for those who like to drive there should know their limits and all safety aspects.

Below are some details about Autobahn:

Autobahn is the German word for a dual carriageway limited access highway with grade separated junctions. For highways in Austria, Germany and Switzerland the word Autobahn is used. The German autobahns are famous for being some of the few public roads in the world without blanket speed limits for cars and motorcycles. Certainly, speed limits do apply at junctions and other dangerous points, like sections under construction or in need of repair. These limits vary between 60 km/h and 130 km/h with rare cases of up to 140 km/h.

140 km/h speed limit on the A 2Construction sites usually have a speed limit of 60 km/h or 80 km/h, depending on whether a temporary central barrier is installed or not. Certain stretches also have restricted speed limits used in cases of noise pollution limits, bad maintenance state or infavourable conditions when wet. Some parts of the Autobahn feature dynamic speed limits, according to limiting conditions such as heavy traffic, which are announced by electronic signs mounted above the roadway.

In any case, it is important to note that an advisory speed limit (German: Richtgeschwindigkeit) of up to 130 km/h always applies. In case of an accident while driving faster, a court can decide on shared liability due to the increased operational risk.  Persisting speed limits are rarely controlled via stationary speed cameras but mostly via local Autobahn police forces, using temporary roadside-mounted equipment and unmarked camera-equipped patrol cars. The Autobahn network has no average-speed surveillance systems.