Koenigsegg, an extremely nice supercar will be distributed by Naza group which will add another supercar sales lineup in their showroom. Why Naza has so much speciality to import so many cars into Malaysia? Yup, they have the AP for sure. But soon they will compete with other companies when the AP system which entitled only few “special” person or organization to import the car is ended. Read full news from Btimes below.
– – – – 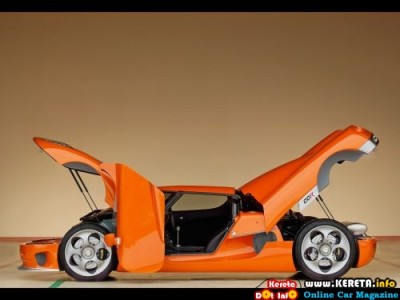 The Naza Group of companies will soon offer the Koenigsegg supercars alongside the already wide array of fast cars it is already distributing.

The company is said to have signed a deal with the Swedish-based high-performance carmaker a few weeks ago. Sources said Naza will start selling the cars next month.
Koenigsegg Automotive AB manufactures some of the fastest production cars around and Naza will be its distributor for the Asia-Pacific region.
This is Koenigsegg’s first tie-up with a Malaysian company to distribute the brand in Malaysia and regionally.
The move will extend ties between the Swedish-based firm and the region, including the high-consumption Singapore market, as it bids to grow sales to wealthy regional buyers who want something exotic and exclusive.

At present, Koenigsegg’s Asia representatives include distributors in Japan, South Korea, Hong Kong and Taiwan.
The source said the deal will provide Naza with an additional brand under its luxury, high-performance stable that includes Ferrari and Maserati.
“Naza is looking to expand regionally and add value to the group,” the source said.
Koenigsegg was founded in 1993 by Swedish car enthusiast Christian von Koenigsegg and competes with the likes of Bugatti and Pagani at the top end of the supercar market.
Koenigsegg produces no more than 35 cars a year in its effort to maintain exclusivity and high standards.
Its cars include the CCR, which at one time held the world production car speed record at over 388kmh and the current model CCX, which sells for around US$1 million (RM3.42 million) upwards.
The source said Naza understands that it can only market the brand to a select clientele who crave uniqueness, irrespective of cost.
“Their (Koenigsegg) future clients are not very price-conscious. The two major factors are exclusivity and delivery times for them.
“Price, to these people, is also not an issue. They want something no one else has,” he added.
With the Naza deal in place, Malaysia may soon witness the regional launch of Koenigsegg’s new saloon model, scheduled to be unveiled in several months’ time.

The new model is said to cost less than their top models and produced at slightly higher volume than its existing two-seater sportscars.
It is understood that Naza will follow the business model of both Ferrari and Maserati where a stand-alone subsidiary will be set up locally.
The Koenigsegg office will be housed together with their other luxury high-performance brands at the Naza Auto Mall in Petaling Jaya, Selangor, for the time being.
The source said there is no indication if Naza will have a dedicated showroom for Koenigsegg.
Please follow and like us: