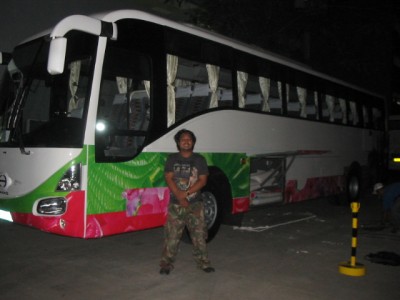 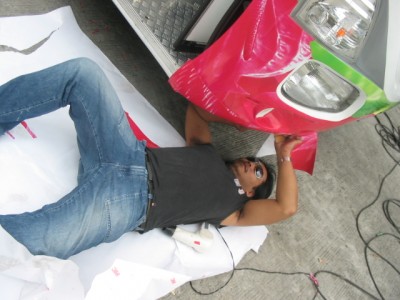 KDI : Pictures submitted by Jawa and the message is for us to discuss about the traffic and driving stgyle of Japanese people. Here I would like to share some info regarding Japan road and transportation. Japan has a more efficient public transportation especially their train.

In 1872, passenger service began with a steam locomotive that linked Shimbashi station, in Tokyo, to the nearby city of Yokohama.  This set the stage for a nationwide rail network.  After 17 years, a railway system was established that linked the main cities along the old Tokaido (Eastern Sea Route) so that a person could travel from Tokyo to Osaka by train.  Now, along with the development of automobile and air transportation, important railway services have gradually shifted to long-distance intercity transport, such as the Shinkansen and commuter lines.  Commuter lines carry people from their homes in the suburbs back and forth to work.

Of the total 1,142,000 km of roads in Japan, 73% is paved.  Construction of expressways (toll roads) began in the 1960’s and has faced many challenges: the nature of the terrain, high concentration of factories and housing, high land prices along the routes, and added reinforcement needed to withstand earthquakes.  Construction costs are the world’s highest and therefore, the tolls are also high. 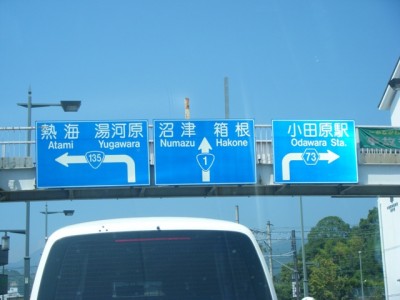 In 1899, the first automobile was brought into Japan and by 1902 they were producing their own.  Although the Japanese manufactured cars, the majority were used commercially or for public transportation.  Private ownership didn’t really get popular until the 1960’s.  Three reasons made this possible: rapid financial growth brought on by economic development; smaller, more fuel efficient cars targeting private owners; road improvements.  In 36 years, from 1960 to 1996, car ownership increased from 1.5 million to over 72 million.  Now it is common for families to have two cars and truck use has increased in the delivery and commercial area.

Toll road construction began in the 60’s and the first one completed in 1965 linked Nagoya to Kobe.  This road was named the Meishin Expressway which was rapidly followed by the Tomei Expressway which added Tokyo to the connection.  These roads, and the many other expressways linking suburbs to the downtown areas, are managed by the Japan Highway Public Corporation.  The JHPC doesn’t have an easy job because there are many factors to take into account when constructing roads in Japan.  The terrain is not conducive to easy road construction, high factory and housing concentration -which causes heavy traffic in those areas, expensive land, and certainly not to be forgotten, earthquakes -which require added reinforcement in the roads.  Because of these factors, Japan’s construction costs are the highest in the world and therefore, the toll roads reflect that in their usage fees. 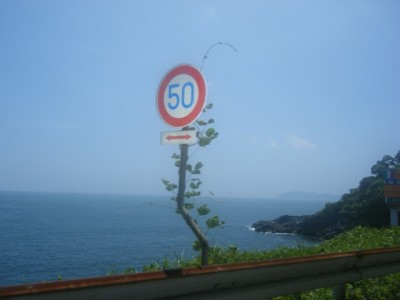 Not surprisingly, Japan’s metropolitan areas are areas of congestion with the high traffic volume and traffic safety has been a problem since the explosion of private ownership in the 60’s.  Along with this congestion comes air pollution from the automobiles’ exhaust.  Japanese manufacturers are working on developing hybrid cars which are expected to reduce pollution.