BAN ON HEAVY VEHICLES AT THREE HIGHWAYS IN KLANG VALLEY DURING PEAK HOURS. 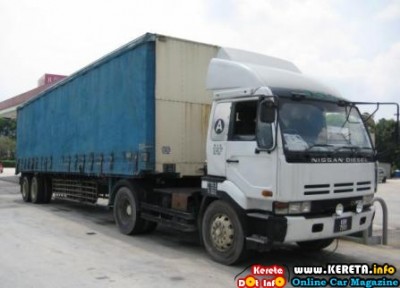 Beginning Aug 2, 2010, heavy vehicles will be banned during peak hours in the morning in three highway.Read the full news from Bernama below.

BAN ON HEAVY VEHICLES AT THREE HIGHWAYS IN KLANG VALLEY DURING PEAK HOURS.

PETALING JAYA, July 26 — Heavy vehicles will be banned during peak hours in the morning to ease congestion at certain routes of the Projek Lebuhraya Utara Selatan (Plus) in the Klang Valley, beginning Aug 2.

He told a press conference at the Persada Plus building here today that the police would not hesitate to issue compound fines to heavy vehicles which flouted the rule.

“We will impose a RM1,000 compound fine and a three-month jail sentence to those breaking the law under Section 20(4) of the Road Transport Act 1970,” he said.

Plus chief operating officer Nik Airina Nik Jaffar said about 450,000 vehicles used the three routes daily, adding that slow movement of heavy vehicles was one of the main contributing factors to traffic congestion.

“The situation is made worse when these heavy vehicles are stranded on the highways due to breakdowns or accidents. With the restriction, we expect the morning peak congestion to be eased,” she said.

Nik Airina said the ban would be enforced from 6.30am to 9.30am, except on Saturdays, Sundays and public holidays, adding that signboards to warn motorists of the new ruling would be installed at the highways this week.

Asked if the authorities expected objections from lorry operators, she said Plus had met and discussed the matter with the Association of Malaysia Haulier (AMH) and the Pan Malaysia Lorry Owners Association (PMLOA).

“We held few discussions with them (AMH and PMLOA) and the feedback was positive,” she said, adding that the rules were implemented at the Penang bridge for the past two years, resulting in a reduction in congestion.