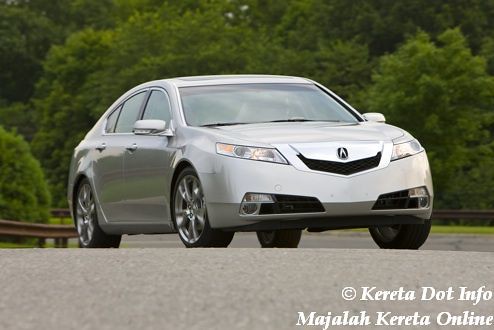 The TL remains a very powerful front-drive, Accord-based sports sedan from Acura.
Acura’s player in 3-series territory offers value, practicality, and front-wheel drive, for those who want it. 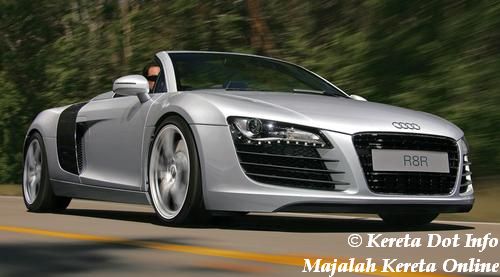 Audi will launch two variations of the two-seat supercar. First up is a more powerful 5.2-liter V-10, followed by a roadster R8.
A powerful V-10 moves the R8 into the stratosphere where the other big mid-engined players, the Lamborghini Gallardo and Ferrari F430, reside. As far as the roadster version goes, most of the R8’s competition already offer an open-air option.
Production of the V-10-powered R8 begins in March 2009. 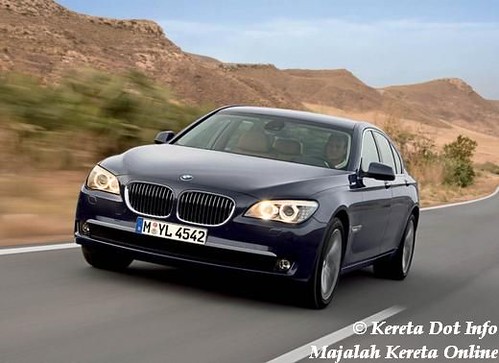 BMW’s big sedan undergoes a complete redesign that may put to rest the controversial styling of the current model. Much of the new look is inspired by the CS concept from last year and features sportier lines and proportions. A new M7 with the M5’s V-10 powerplant is a strong possibility for 2011. Such a car would compete with the Audi S8 and Mercedes-Benz S63 AMG.

The 7-series will usher in a design direction and advanced technology that will trickle down to lesser BMWs.

The CS concept car first seen at the Shanghai show in 2007 will be the inspiration for a four-door “Gran Turismo.” It may even be called the 8-series because it will slot into the lineup above the 7-series, but we’re guessing at this point.
This model will give BMW a competitor to the Mercedes CL-class and will be BMW’s new flagship.
We’re expecting the production version to see the light of day in 2009. 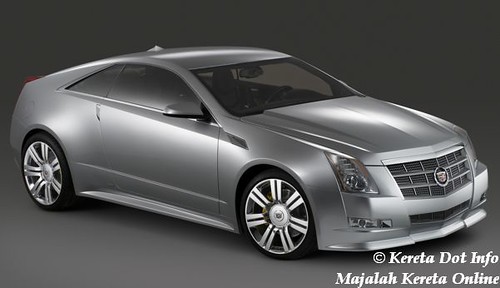 A production version of the CTS coupe concept shown at the ’08 Detroit auto show. Like the CTS-V sedan, a V-series coupe will put out the most power in the segment, 550 horses. Non-V-series will get the direct-injection 304-hp V-6 from the CTS sedan; the 258-hp V-6 doesn’t make it into the coupe.
Gives Cadillac a much-needed sports coupe to go against the German and Japanese competition.
Promised for the end of 2009. 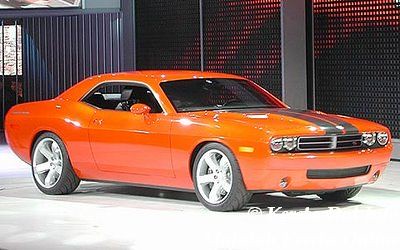 The recently introduced Challenger loses its top in 2009.
Gives people mourning the loss of the Prowler a nostalgic alternative.
Arrives in the spring of 2009. 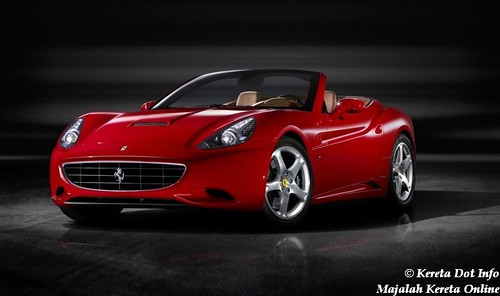 As the next generation F430 surges into $200,000-plus turf, the need arises for an “affordable”-haha-entry-level two-plus-two Ferrari. Enter the so-called California. To keep costs in check, it will share technology with fellow Italians Maserati and Alfa Romeo and will feature a retractable hardtop. Since Ferrari’s production capacity is maxed out, the California will likely be assembled by Pininfarina.
Ferrari isn’t having much trouble selling every car it can build, but a more affordable Ferrari will bolster production and profits especially if the world economy takes a dump.
Debuts this fall at Paris show. Ferrari might produce a few thousand a year.

A lightweight twoseater (2200 pounds or even less) loaded with Formula 1 technology. In many ways it will be a successor to the Enzo, but instead of adding power, Ferrari will add lightness. Don’t worry-the Millechili name won’t be making it to production.
F1 goodies make their way onto a road car. The technology and light weight will make this car spectacularly quick but also fuel efficient.
Production is set to begin in 2010. An estimated 300 cars will be built over a couple years. 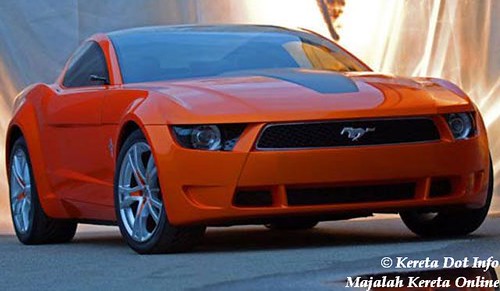 The latest installment in Ford’s pony-car story. In this chapter the current Mustang that borrows heavily from the 1965-67 version gets restyled to look like the 1970 Mustang-how original. A mid-’70s Mustang II can’t be far behind. An all-new interior purported to be far richer and more attractive will also debut.
Big V-8, rear-wheel drive, affordable, attractive.
The new Mustang is set to debut at the Los Angeles auto show. 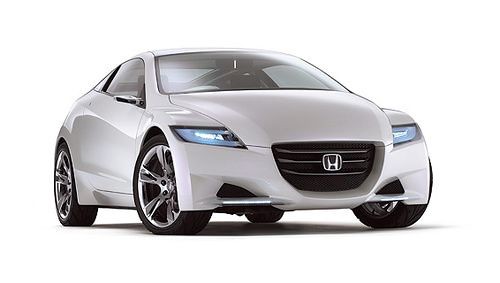 The spiritual successor to the CRX we loved so much when Reagan and George the First were in the Oval Office.
Honda brings back an affordable, sporty two-seater to its lineup. Although it’s not an overt sports car, the front-drive CR-Z will offer hatchback practicality, sports-car thrills, and a hybrid system to boost fuel efficiency.
If approved, expect it in 2010. 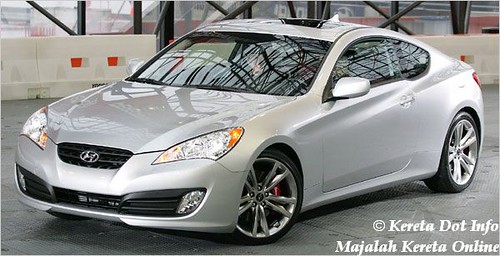 A rear-wheel-drive coupe at a front-wheel-drive coupe price.
Hyundai believes the Genesis will rival the BMW 3-series and Infiniti G37 at a Mustang price. We’ll suspend judgment until we drive it.
Look for the coupe to join Hyundai’s roster in 2009. 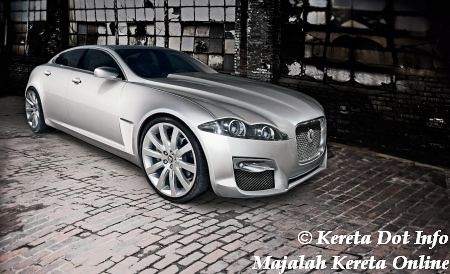 Jaguar’s restyled version of the slow-selling sedan. In this chapter, long-running Brit traditions are tossed in the dustbin and replaced with a design inspired by the company’s new style indicator, the XF.
Sales in the U.S. are circling the low. Now that Indian conglomerate Tata owns Jag, the company will need fresh models to spice up the brand.
Production is to begin at the end of 2009 with an on-sale date at the start of 2010. 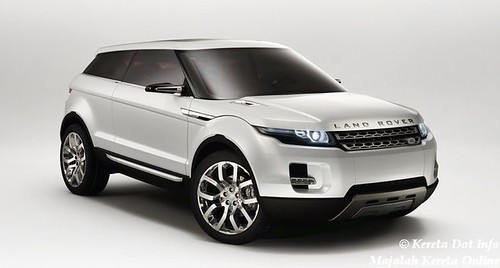 An “SUV coupe” based on the Land Rover LR2, with styling lifted from the popular LRX concept from this year’s Detroit auto show. It enters the lineup as a sporty alternative to the LR2.
If the new owners don’t kill the attractive LRX we can expect to see it at the end of 2010.

A redesign of the company’s breadand-butter sedan. Combines elements of the C-class, CLS-class, and S-class sedans: similar greenhouse, low hoodline, wide grille. Biggest change: square headlights.
Debuts at the 2009 Geneva show; European sales start soon after. We’ll see the 2010 E-class in the 2009. A monstrously overpowered AMG version should follow in 2010.

Mazda’s sporty midsize sedan is redesigned.
On sale since 2003, the 6 was in desperate need of a makeover. Europeans got their new 6 for 2008. 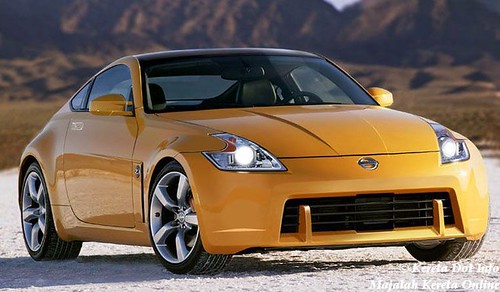 A revamped Z-car that is lighter and more powerful.
Nissan’s relatively affordable sports car secures its future below the GT-R supercar.
The 370Z will invade the L.A. show this fall and go on sale in early 2009. 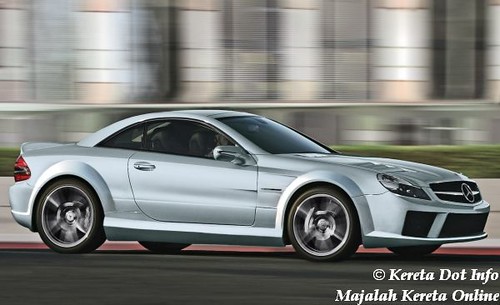 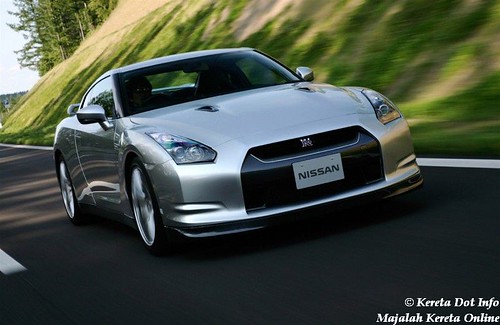 A decontented and therefore lighter version of the GT-R supercar, with more power and a dearer price.
Perhaps its importance is best explained by an SATstyle analogy: A Spec V GT-R is to a car enthusiast what a really sweet sniper rifle is to a gun nut.
Slated to debut at the Paris auto show this fall, it should go on sale in early 2009. 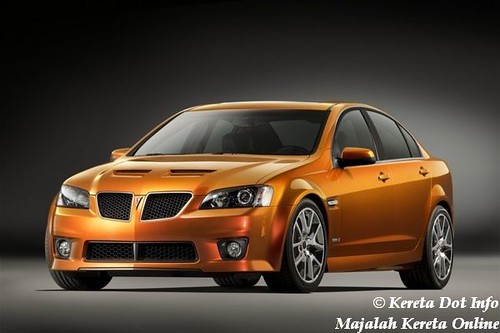 The Australian-built G8 already comes with a 361-hp V-8. Not enough? Then hold out for the G8 GXP, as it will get a version of the Corvette’s 6.2-liter V-8 with 402 horses. Better yet, the GXP will be available with a six-speed manual transmission.
Pontiac’s relatively affordable rear-drive performance sedan gets more power and a manual transmission, two big pluses in our book. A claimed 0-to-60 time of 4.7 seconds sounds pretty important, too. 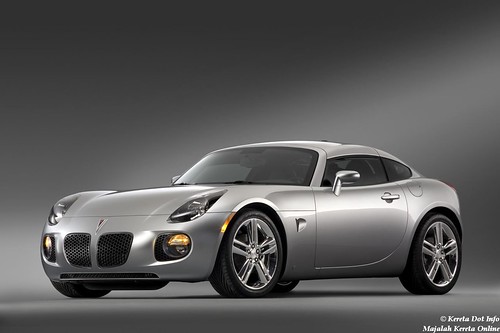 The long-awaited hardtop version of the two-seat Solstice.
Provides yet another Solstice to play with.
Pontiac promises the coupe will go on sale early in 2009. 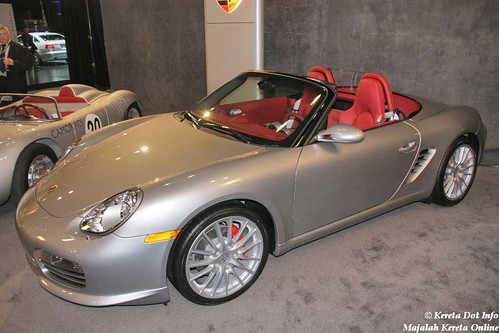 Like its rear-engined brother, the 911, the mid-engined Porsche Boxster and Cayman get direct fuel injection for 2009. A few subtle styling mods accompany the powertrain enhancements.
Production begins in February 2009, with sales soon thereafter. Expect a slight price increase commensurate with the power boost. 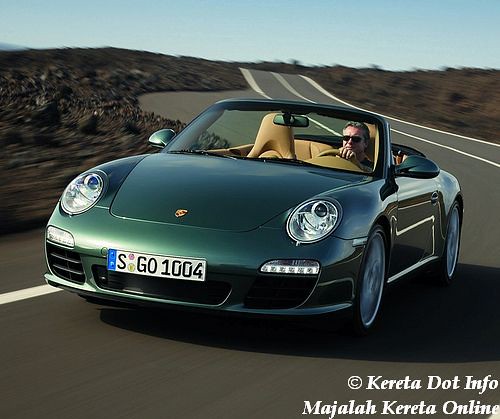 Constant updates are what have made the 911 great. This is just the latest chapter.
Sales should start in March or April 2009. A small price increase means the 911 lineup will start at about USD75,000. 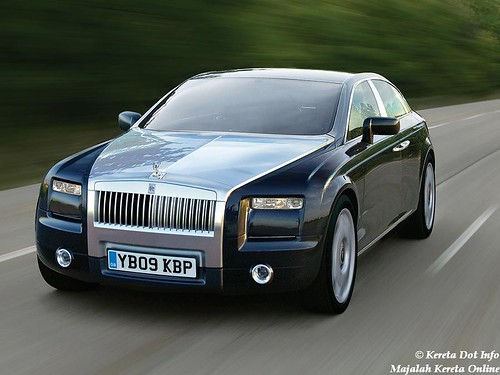 BMW-owned Rolls-Royce will make a smaller, less expensive Roller. The car has two code names: NGS (for “new generation sedan”) and RR4.
Rolls sells fewer than 1000 Phantom models per year. The new car will boost sales numbers into the thousands.
Preparations for the RR4 have begun at the R-R factory in Goodwood, England. Sales start at the end of 2009 as a 2010 model.