Honda unveiled the 2013 Crosstour Concept at the 2012 New York International Auto Show (NYIAS), providing the first official glimpse of a more capable-looking exterior styling direction for the luxurious mid-size CUV. Set to go on sale in fall 2012, the Crosstour’s defined lines will resonate more clearly with the active consumers that form the largest portion of the premium crossover segment. The 2013 Crosstour V6 will feature improved fuel economy thanks to its new 6-speed automatic transmission, while both four-cylinder and V6 versions will benefit from a host of safety and visibility upgrades. 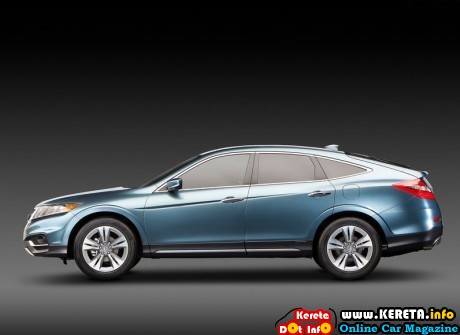 The 2013 Crosstour will introduce numerous new safety features, and is targeted to earn top scores in the federal government’s New Car Assessment Program (NCAP). The next Crosstour will be available with Honda’s Lane Departure Warning (LDW) and Forward Collision Warning (FCW) technology. Both systems use a camera mounted behind the windshield to alert drivers if the car is moving unexpectedly out of its lane or to warn drivers of a potential collision in front of them.