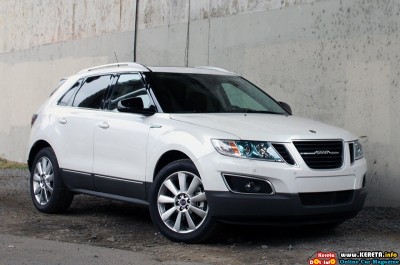 Despite the company’s crippling financial woes, Production of the all-new 2011Saab 9-4X crossover has started on schedule. While production of the rest of the Saab lineup at its Trollhattan, Sweden plant has ground to a cash-strapped halt, 9-4Xs are rolling off the assembly lines in Ramos Arizpe, Mexico. The plant producing the latest Saab is under contract to the Swedes from GM, and with any luck will help jumpstart a recovery. Under its very Swedish skin, the Saab 9-4X packs the same underpinnings as the 2011 Cadillac SRX.

The base model, which comes with a 265-hp 2.8-liter V6, starts at $33,380, with the top-whack, turbocharged model ringing the register at $48,010. Ominously for Saab, the 300-hp mill is the same engine Cadillac just pulled from the SRX lineup to deal with reliability issues.

Volkswagen announced that it will build a plant in Chattanooga, Tennessee, In 2008. However, Volkswagen was smart enough to continue the project and will now be taking advantage of the recovery and the increase in U.S. auto demand.

The German automaker today, along with U.S. Secretary of TransportationRay LaHood, inaugurated the new plant in the United States. The plant, which will employ over 2,000 employees will produce up to 150,000 vehicles a year.

Volkswagen is investing about one billion US dollars in the development of the facility at Chattanooga, which will be among the world’s most advanced and environmentally compatible automobile plants, the automakersaid.