Citroen C4 e-Hdi exhibits a new level of interior quality from the French firm. There are lots of buttons around the cabin, but the overall look is one of decent quality. The EGS clutch-less transmission is standard in this e-HDi model, meaning a raised centre console with a cool looking lever for gear selection, incorporated neatly. Space is good too, with leg- and headroom generous for four adults, while a large boot means there’s plenty of luggage space, too.

The C4 is powered by a 110bhp 1.6-litre turbodiesel engine mated to what Citroen call a micro-hybrid system. That’s slightly misleading as it’s not a hybrid in a conventional sense; instead it’s a generator-starter motor. That gives the e-HDi micro-hybrid stop-start capability, helping reduce its emissions and improve fuel economy.

Citroen is making a big deal of the C4 e-HDi’s 109g/km CO2 emissions and 64.2mpg economy, but among its green rivals that’s only average performance. Citroen has a 99g/km C4 in the pipeline, but the e-HDi is already playing catch up with established rivals, despite being an all-new proposition. 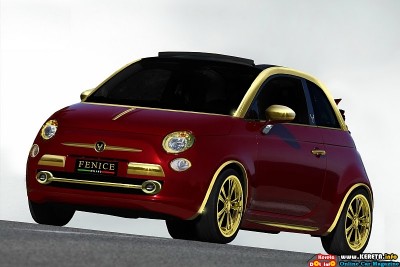 Interesting and looks luxurious,  all the gold trim covering the Italian company’s 500C-based “La Dolce Vita”. The rag-top La Dolce Vita is powered by a 1.4-liter engine from Fiat that puts out 101 ponies and is connected to an automatic transmission. 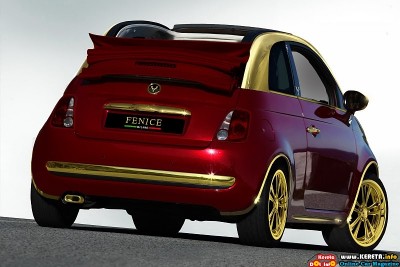 Other than the excessive gold inserts, Fenice Milano will be create the teak paneling or the interior in order to better harmonize the city car.

Fenice Milano’s other offerings, within the potentially attractive interior is teak, gold, and leather, as well as a redesigned dashboard. Also, FM’s Fiat 500C will be offered with the usual round of optional performance upgrades in the form of an ECU/intake/exhaust tune-up and suspension tweaks.