Holden has gone back to the future, restoring its very firstconcept car the 1969 Holden Hurricane. The futuristic research vehicle described as an experiment “to study design trend, propulsion systems and other long range developments” has been restored to its former glory as a labour of love by a dedicated group ofHoldendesigners and engineers. The year was 1969, Nixon had just been sworn in, Rupert Murdoch had purchased the News of the World, and Apollo 11 was about to land on the moon. But there was a far more important event for Australian car enthusiasts: the debut of the Holden Hurricane concept car.

Most futuristically styled concept cars begin to look dated just a few years after their unveiling, but not the Hurricane. If anything, the sleek, low-slung supercar has matured like a good whisky, and boasts technology which has modern, mainstream cars playing catch-up more than four decades later. Headline features included a reversing camera, a digital dashboard display and a route guidance system  although it used magnets in the road rather than the modern GPS affair. Code named RD 001, the Hurricane is a mid-engined, rear-wheel drive, two-seater sports car which incorporates a remarkable array of innovative features and technology, much of it way ahead of its time. Features such as electronic digital instrument displays, station-seeking radio, automatic temperature control air conditioning, rear vision camera and an automated route finder were all showcased in this ground-breaking vehicle 42 years ago. Many of these technologies have only recently made their way into mass production, demonstrating Holden’s remarkable foresight into both design and engineering technology. As its code name suggests, the RD 001 was the first product of the GMH Research and Development organisation, staffed by a small squad of engineers working in conjunction with the Advance Styling Group at the Fishermans Bend Technical Centre in the 1960s. The team that designed and built the original Hurricane employed some advanced technologies and techniques when it came to the powertrain. Powered by an experimental 4.2-litre (253 cubic inch) V8, this engine was a precursor to the Holden V8 engine program which entered production in late 1969 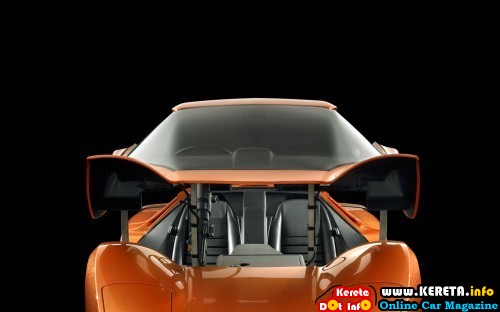 The 1969 Holden Hurricane concept comes fitted with station-seeking radio, electronic digital instrument displays, automatic temperature control air conditioning, an automated route finder, and rear-vision camera, apart from the fact that it’s an attractive supercar. What’s interesting is that these seemingly futuristic features for a dated concept car haven’t been added now, but were included at its incept, and are now being added to the production cars.