The new perodua myvi facelifted 2008 have been launched in Malaysia and it is not as beautiful as what we see on the internet about the leaked picture below. It is not really made too many changes but the design is better than before for sure. From the picture we can see that the design is slightly same.

Maybe picture below is the modified version of new perodua myvi facelifted 2008. 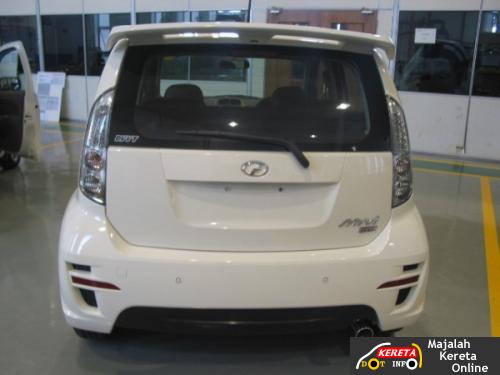 Exterior-wise, the car gets a minor style reworking – at the front, there’s a new, beefier looking nose section courtesy of a new hood, with corresponding grille, logo and front bumper in tow.

At the rear, there’s a new, wider bumper and the styling of the two reflectors on it have been revised. Also, the rear lamp assembly now features the use of LEDs. The car also features the use of new glass, which offer improved ultraviolet rejection, with up to 91% reduction.

The new instrument meter for new myvi facelift is better and stylish than before. It looks very nice.

Inside, while the cabin layout remains pretty much unchanged, the updated vehicle features a new interior colour as well as new seat fabric upholstery, and a new colour Optitron instrument cluster, which features three instrument meters as opposed to the two on the previous version.

There’s a new entertaiment system to boot – this one is M3/WMA-capable, has a USB port and offers Bluetooth connectability.

On the Premium version, you get a shopping hook on the backrest of the front passenger seat, perfect for carrying takeaways, as well as a seat height adjuster.

The choice of 1.3l and 1.0l twin-cam DVVT powertrains and auto/manual drivetrains continue as before, but two new body colours have been added, these being Medallion Grey and Caribbean Blue, and join Glittering Silver, Klasik Gold, Ebony Black, Pearl White, Mistik Red and Ivory White in the entire 1.3L variant lineup (the 1.0SR model has all but the special metallic Pearl White as a colour choice).

The rear looks not much different. I think it is better if they design it as the modified myvi version above.

Prices for the five variant lineup (on the road, with insurance and road tax, in Peninsular Malaysia) are: