Recently government brought back the issue to merge Proton and Perodua. Is it possible if both of car manufacturer merge as one? They said, this is to resolve structural problem. By the way, seems like it is impossible to combine all of the company structures, facilities, technologies and identities. Maybe they can do some “cooperation” in certain field but not to merge. It is a bad idea. Let them compete each other is a better way to improve their products and sales. 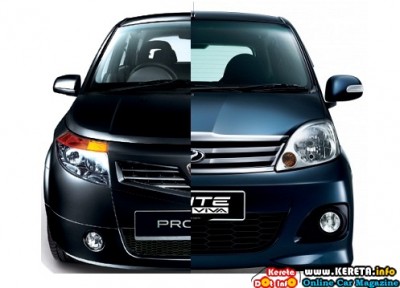 Quoting the results of a study conducted by the Malaysian Automotive Institute, International Trade and Industry Minister Datuk Seri Mustapa Mohamed said that if the structural problem is resolved, the local automotive industry will become more competitive and capable of penetrating overseas markets.

With the merger, structural problems like the rise in fixed costs can be reduced and the use of production capacity optimised.

“The high cost of components can be also reduced through the development of mass scale vendor and procurement programme,” he said in reply to a question from Kairy Jamaluddin (BN-Rembau) who wanted to know the results of a study on the merger of Proton and Perodua.

The merger proposal had been presented at the Economic Council Meeting chaired by Prime Minister Datuk Seri Najib Tun Razak in January.

At the meeting, it was agreed that the merger of Proton and Perodua is done in a progressive manner.

“As at this initial stage, both the companies have identified the areas where strategic partnerships could be explored to enhance their capacity use and competitiveness,” he said.