New Bodykit For The New BMW X6 By Hamann

After the first bodykit for the new BMW X6 from Hartge, it’s time to show the first pictures from the German Tuner Hamann Motorsport. There are little exterior mods besides wheels and suspension. Naturally, the development time to design, fabricate, test and produce can take some time. 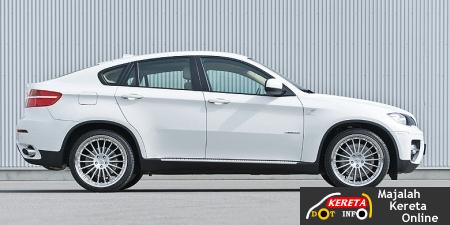 Although the 2008 BMW X6 SAC has only just arrived to most markets, some tuners are already offering body kits and modest tuning programs for a trifle overhyped vehicle. German super-tuner Hamann is among those few.

Just as one could have expected, Hamann’s tuning program is limited to a pair of side steps, different sets of performance wheels and lowered suspension.

Looks like it may take some more time before BMW X6’s proud owners will be able to spend their hard-earned money on ‘real’ plastic and carbon-fiber aero kits as well as engine tuning programs.

New Bodykit For The New BMW X6 By Hamann