This is the update for Automatic driving licence holder news. Those who passed JPJ test by using Automatic car are not allowed to drive manual car. This rule starting from May 2012. While giving the statement, Kong said a new road safety education will be exposed to form four student to increase safety awareness on the road among youngsters. 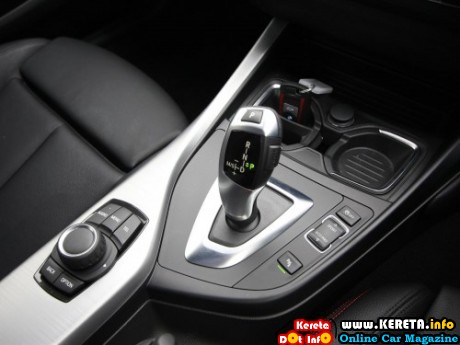 Previously, the government announced a proposal to use automatic transmission cars for driving tests in May after changes in the New Driver’s Education Curriculum.   On the teaching of road safety education in Malay at secondary schools, Kong said the government plans to extend it to Form Four students, so as to create a road safety awareness culture among the younger generation.

Kong said a text book on road safety education has already been prepared this year for Form One students.   “This is an imitative by the government and relevant agencies, including the Road Safety Department (JKJR), to help motorists become more responsible and adhere to traffic regulations,” he added.   In April 2007, JKJR and the Education Ministry introduced road safety education, delivered in Bahasa Melayu, at 1,000 selected primary schools.

Ministry of transport will implement automatic transmission driving licence in May 2012 which will enable the new drivers to take the JPJ test with an auto transmission car which is easier. It is good for old people but not for youngsters. Manual transmission is a good start for them to learn the basic to drive a car. Yes it is hard but once you pass, you’ll be a very good driver in any AT or MT car. What is your opinion?

The automatic transmission driving licence will be implemented nationwide in May after the driving curriculum is revised, said Deputy Transport Minister Datuk Abdul Rahim Bakri.

He said the new driving curriculum would enable learner drivers to learn to drive and take a test in an automatic car.

“The ministry is not in a hurry to implement the automatic car driving test to be fair to driving school operators.

“We need to give them time as they have to replace manual cars with automatic cars and this is costly,” he told Bernama.

He said, despite the introduction of the automatic transmission driving licence, learner drivers could choose to learn and take a test either in a manual or an automatic car.

Abdul Rahim anticipates that more people, especially older learners and women, would prefer to drive in a car with automatic gears as it is a lot easier.

On the new driving curriculum, Abdul Rahim said it would focus on producing discerning and disciplined motorists to help reduce fatal accidents as human factors were the root cause behind 60 to 70 per cent of the accidents.

“Previously, our curriculum emphasised on driving skills and knowledge on highway code, but now we want to churn out considerate motorists,” he said.

On the demerit system known as ‘Kejara’, he said there was no proposal to replace the system as it was still relevant and used in many countries where drivers, who achieved 15 demerit points the first time, would have their license suspended for six months.