What? KDA 1 bid price up to RM112.2k which nearly similar to the price of a Peugeot 308 Turbo! Hurm.. Definitely not me who bought the number even though the number quite close to KDI.. =p 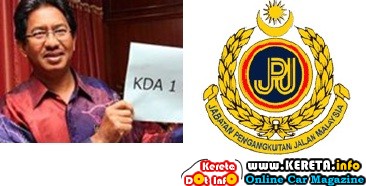 KDA” number plates have received the highest number of bids worth RM762,601 in the history of the Kedah Road Transport Department (JPJ).

Its director, Ahmad Musadad Sulaiman, said the department had received 851 bids since the tender was opened on June 12.

The highest Kedah JPJ has ever received is RM112,200 for the golden number ‘KDA 1’,” he told reporters here on Saturday.

“KDA can mean Kedah Darul Aman which is why it is in great demand by Kedah residents and is expected to sell out in two weeks,” he said.