BE AWARE OF CURRENT RON 97 PETROL PRICE! FLOATING WITHOUT ANNOUNCEMENT 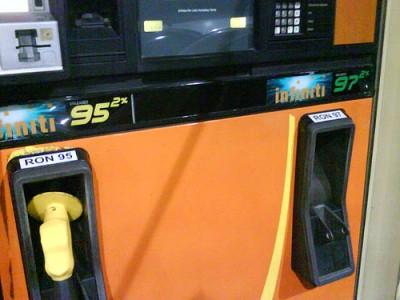 BE AWARE OF CURRENT RON 97 PETROL PRICE! FLOATING WITHOUT ANNOUNCEMENT

KUALA LUMPUR: The price of RON 97 is up 5 sen to RM2.15 per litre from Tuesday and reflects the price of petrol in the global market, said Deputy Domestic Trade, Co-operative and Consumerism Minister Datuk Rohani Abdul Karim.

The price of the more widely used RON 95 remains at RM1.85 per litre.

“It was announced on July 16 that the price of Ron 97 will be subjected to a managed float,” she said this in her reply to Dr Dzulkefly Ahmad (PAS – Kuala Selangor) during Question Time.

Dr Zulkefly had asked whether the enforcement division of the ministry monitored the price increase of essential goods in his original question.

Before asking the supplementary question, Dr Dzulkefly also said that the increase of price for RON 97 – five sen per litre – would create an impact on people.

“Those who use the petrol will feel the impact,” he said.

Rohani said the price would be determined by the world market and announcements would not be made in the future about price changes.

“When the price declines, please also raise the matter and express your gratitude,” she told Dr Dzulkefly.

It was reported on July 16 that the government had decided to withdraw the petrol subsidy for RON 97 and subject it to a managed float.

Price of RON 97 would be determined by an automatic pricing mechanism.