The new cars will be on display for the first time at next week’s Geneva Motor Show.

The BMW gets two new wheel designs from AC Schnitzer, with both a ‘Type V’ alloy five-spoke set as well as a less ornamental set with multispokes available.

Both sets for the 2009 BMW 7-series are decked out in a flat black color or striking silver, giving the car a more menacing flavor than the stock wheels.

Wheels come in several designs including the five-spoke V alloy look and stretches for 22-inches. Another one is the multispoke design that also comes in a 22-inch size.

“Our accessories set important accents and emphasise the sporting characteristics of the saloon in a targeted manner,” says AC Schnitzer Chief Designer Michele Viandante. “The result must be a harmonious ensemble, and not a combination of trainers and tuxedo.”

AC Schnitzer has developed a new front lip spoiler, as well as a pair of side skirts attachments to emphasise the car’s wheelbase and lengthen it visually. The side skirts seem to widen the car’s poise and enhance its already muscular look.

AC Schnitzer tailpipes heighten the experience with two exhaust channels rounded by a chromed trapezoid trim. The exhaust provide a much sportier sound than the stock unit. 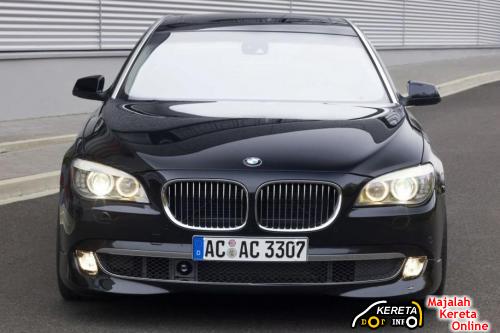