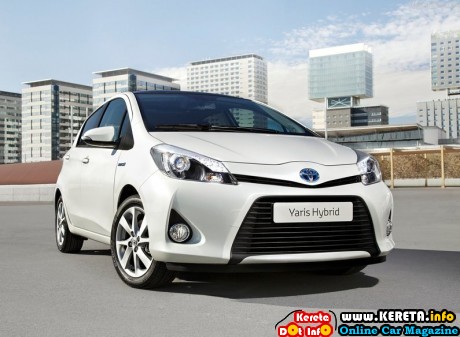 The Yaris is Toyota’s best-selling core model, with the largest ‘Unit in Operation’ fleet on European roads. Following the launch of the Auris Hybrid back in 2010, the Yaris Hybrid is Toyota’s second core model to feature Full Hybrid technology, and brings this remarkable powertrain to the biggest volume segment in Europe.

With air conditioning and automatic transmission installed as standard, this high level of efficiency does not mean that customers have to compromise on comfort to achieve class-leading emissions.Combining striking design, urban agility, functionality and segment-best packaging with the innovation, efficiency and environmental credentials of Toyota’s full hybrid technology, it represents the most advanced Yaris yet by Toyota.

The Lincoln MKZ Concept, revealed at the 2012 North American International Auto Show in Detroit, signals a significant step in Lincoln’s reinvention, providing a clear vision of its next-generation vehicles.

Warm hues are evident in every aspect of the new vehicle’s Cognac-colored exterior. The deep finish is achieved with a rich base coat covered in multiple layers of tinted clear-coat finishes.By retaining key, recognizable brand design elements, the Lincoln MKZ Concept remains clearly identifiable as a Lincoln. One example is the more refined interpretation of the split-wing grille, introduced on the 1938 Lincoln-Zephyr.

The sedan’s profile is dominated by a long, sleek and sweeping roofline that allows the design to break away from the traditional sedan three-box shape. The lengthening of the roofline enables a more flowing, elegant and more naturally aerodynamic appearance. The Lincoln MKZ Concept is a styling study that rides on an all-new midsize platform. The sedan is capable of utilizing multiple powertrain options in front wheel drive and all wheel drive configurations.Like the recently introduced MKS and MKT with EcoBoost , the Lincoln MKZ Concept features Lincoln Drive Control and the sophisticated Continuously Controlled Damping (CCD) adjustable suspension.